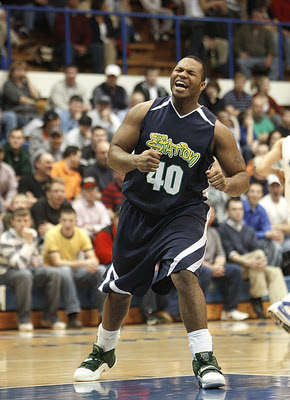 My High School, Bryan Station, which was ranked either 3d or 4th in Kentucky, finished its season by beating the #2 ranked Mason County.

Bryan Station now starts its post season by playing Sayre, which should be a fairly easy win. However, even though ranked 4th (or maybe higher now), the odds are against the Defenders making it to the Sweet Sixteen because Kentucky pulls 16 teams from 16 regions to play these games (16 teams come to Lexington and spend a week determining who is best). Considering that almost all of the top 25 teams in Kentucky are in Lexington and Louisville and counties nearby, most of the top ranked teams don't make it. Bryan Station will have to defeat both Scott County, also ranked in the top 5, and Lexington Catholic, ranked #1 in Kentucky. Bryan Station and Scott County traded games this year, but the Defenders haven't played the Knights. Somebody isn't going to make it. 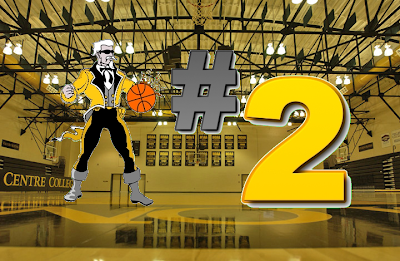 Centre College, ranked #2 in NCAA III, finished out its season 23-1. Its only loss was an inexplicable loss to Rust, 11-13, in the very first game of the year. Now they head into the SCAC tournament. Even though they've won every game in the SCAC in the regular season there are teams who are capable of pulling the upset: definitely Millsaps and Depauw, maybe Oglethorpe or Trinity. Still, it looks like Centre is a lock for the NCAA tournament.
Author: Ken Lammers on 2/24/2008
Email ThisBlogThis!Share to TwitterShare to FacebookShare to Pinterest