Outlier:
Yankees kill Strangers and are Okay with Adultery? 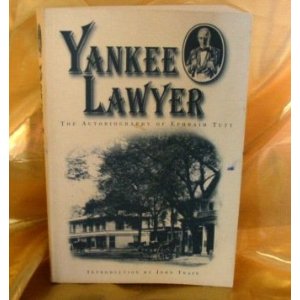 "The triumph of a culture of honor helps to explain why the pattern of criminality in the American South has always been so distinctive.  Murder rates are higher there than in the rest of the country.  But crimes of property and "stranger" crimes - like muggings - are lower. . . The homicides in which the South seems to specialize are those in which someone is being killed by someone he knows, for reasons both the killer and victim understand. . . The statistics show that a Southerner who can avoid arguments and adultery is as safe as any other American, and probably safer."

So, lets look at the implications in there for Yankees.  Apparently, y'all steal a lot of property from people you don't know and kill random strangers.  You also seem to be okay with people sleeping with your wives.  So now everyone know that when some random internet pop-up offers them the chance to sleep with cheating wives, they should make sure she's in New York City and go out of their way to introduce themselves to her husband beforehand.  Go ahead.  It's perfectly safe - the book says so.

This book has some really good points and a bunch of flights of fancy.  It's an argument that while nature has some effect, nature and chance are triumphant.  At its core it espouses a formula that goes something like this:

I must admit that I'm not particularly shocked by this.  It's a pretty normal formula and he fleshes it out fairly well in parts.  The part about intellect alone not being enough to make a person successful is rather obvious, although he does point out that intellect needs to be above a certain point (nature).  The part about differences in behavior between parents of higher societal strata and lower is something I suspect most of us have observed (nurture).  The part about the rise of Joseph Flom, and Skadden Arps, because opportunity was left sitting on the table for him to grab by more prestigious firms was interesting and rang true (opportunity).

Yet, in other parts the book goes off the rails.  Most obvious is Chapter 6, in which the author starts out telling a well written and interesting story about a Harlan, Kentucky feud. He expands that to describe the many feuds of the past in the mountains.  Then he goes on to trace this to the group of immigrants which settled in the Appalachian Mountains.  This group of immigrants is held out as the reason that an "honor culture" developed in the mountains.

At this point he had me interested.  How was this leading to success?  Or, how was it changed to lead to success?  However, he never goes anywhere near either of these points.  Instead, he conflates the "honor culture" in the Appalachian Mountains with culture of the entire Southern United States and speaks of a couple of tests which test the behavior of Southern males.  It added nothing to the book's argument as a whole - or at least nothing that wasn't better explained in the next chapter about Korean Air's change from a very bad airline to a very good one via cultural changes - and it had the whiff of Northern bias.

The attempt to state that extremely successful Jewish lawyers were proximately caused by their parents' being successful in the garment industry doesn't quite make its case.  While this is is almost certainly correct in the but / for sense (parental success led to money and thus more opportunity for their kids), the attempt to connect lessons learned through success in the garment industry is tenuous at best - it seems the classic case of correlation not meaning causation.  I am proceeding here from a position of ignorance, but I do wonder whether the garment industry was the primary concentration of wealth in the Jewish community in the United States - or at least the primary concentration of wealth in the Jewish community which would see becoming a lawyer as a step up.  For instance, one could see bankers - to pick another stereotypical Jewish trade - thinking it more prestigious to bring their sons into the family business than making them lawyers.

The most far-flung would seem to be the "the reason that people with Far Eastern ancestors are better at math is that their ancestors raised rice" hypothesis.  He starts with some rational and interesting points.  Chinese numbers, written as words, are shorter and thus more easily remembered.  Additionally, the way Chinese numbers are said in their numerical progression is simpler and more logical.  Then he goes on about how difficult it is to raise rice and how serfs in Europe just didn't have to have much skill and precision in raising wheat (I am assuming that when he says "corn" he is adopting the European definition of the word).  He glamorizes Far Eastern serfdom as promoting skills compared to European serfdom, which crushed peasants.  None of it hangs together very well (except perhaps the first two points raised above).

All-in-all, the book's a mixed bag.  The core of it is interesting, but the fleshing out is flawed.  I give it a 3.5 out of 5.
Author: Ken Lammers on 1/07/2013
Email ThisBlogThis!Share to TwitterShare to FacebookShare to Pinterest