Suing Your Boss for Someone Else's Illegal Act

When you take a job doing criminal defense you will work with people who don't follow greater societal norms. Obviously, this can be a problem at times, but it can't be too much of a shock.

Unless you are a female public defender in the Chicago area. 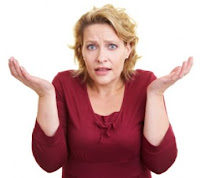 Look, I know that a fat, old guy like me doesn't inspire this kind of behavior from inmates. Still, the article indicates that the sheriff has been trying different things trying to stop this. However, as anyone who has worked with inmates will tell you, they have a lot of time to figure out ways around any control you can put on them and some of them are really creative in finding ways to misbehave.

I'm not sure why the head PD is getting sued at all. She doesn't have any control over the inmates and the only thing the article says she did was to object when prisoners were kept in handcuffs as a public defender looking out for her clients ought to.

There's not enough information here to make any kind actual decision, but this seems like the kind of behavior that is extremely hard or impossible for anyone to control. There'll be some finger pointing and fussing, but little can really be accomplished. The PD office isn't going to stop advocating for the liberty interests of defendants just so life will improve for its employees - or at least it shouldn't. The Sheriff doesn't have infinite resources and is trying to handle things in a way that allows him to keep meeting payroll. Will the problem be solved or will this end up settling so that some cosmetic changes occur, the members of the class get 37 cents each, and the law firm filing the suit gets paid its legal fees? Only time will tell, but since the final settlement will most likely be held private there's very little chance we'll ever find out.
Author: Ken Lammers on 11/10/2017
Email ThisBlogThis!Share to TwitterShare to FacebookShare to Pinterest