Interesting Things You Find When reading the New Laws 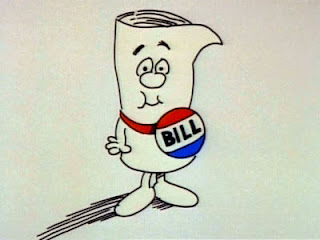 So, I'm trying to work my way through the new laws which have been passed by our General Assembly and signed by the Governor. These are always interesting because you get to see what has caught the attention of the law makers and you learn about things you didn't even know were in the law. So far, there does not seem to be anything too incredibly groundbreaking this year.

Probably, the biggest change I've run across is the fact that Virginia is going to have Rules of Evidence promulgated by the Virginia Supreme Court as of 01 July 2012 (HB-101). The claim is that these are merely codifying existing common law rules, but I've glanced over them and there appear to be changes to long held Virginia common law rules.

There are, of course, other important changes in the law. For instance, the County Treasurer is now allowed to carry a firearm into the courthouse (HB-288) and dogs can now be trained to hunt bear from 4 a.m. to 10 p.m. during bear hound training season - as long as no bear is captured or killed (HB-95). Because that was a law which desperately needed passing.

When I finish all my summaries of all the new laws I'll be sure to post them.
Author: Ken Lammers on 5/20/2012
Email ThisBlogThis!Share to TwitterShare to FacebookShare to Pinterest