Appellate Cases : The Difference Between "Wanton and Reckless" and an Error 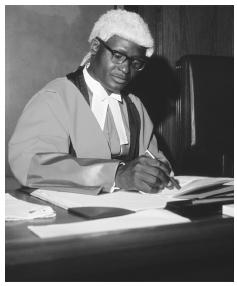 Last week, I expressed disappointment that Virginia's appellate courts are still letting very strict reliance on rules (colloquially known as "technicalities") keep them from addressing the substance of appeals. In particular, I noted that in Davis v. Commonwealth, NOV11, VaSC No. 102420, in which the appellant cited the error, but said the trial court made it instead of stating that the Court of Appeals had made an error by agreeing with the trial court. As I characterized it, the Supreme Court refused to hear the case because the appellant stated “The trial court was wrong in that . . .” instead of “The Court of Appeals was wrong in not finding that 'the trial court was wrong in that . . .'”


Rule 5:17 clearly states:
"An assignment of error that does not address the findings or rulings in the trial court or other tribunal from which an appeal is taken . . . is not sufficient. If the assignments of error are insufficient, the petition for appeal shall be dismissed."
I have a hard time understanding why an appellate attorney's failure to either (1) read or (2) understand that requirement does not constitute "wanton disobedience or extreme negligence"? Or to put it another way, should attorneys get a pass for being plain dumb?

Always enjoyed a challenge, so I thought I'd address this one.

First, let's address the "Should an incompetent attorney get away with it?" section of the comment. No, but that misses the point. The appeal is not for the benefit of the attorney. It's for the appellant. It's hard to make a case that it is just and/or moral to deny the appellant the ability to correct a putative trial error because the appellant's attorney makes an error in form that does not cloud the ability of the appellate court to understand the substance of the putative error. If a pound of flesh must be paid, it should come from the attorney - perhaps from the Bar, perhaps from court sanctions - if the error is so grievous that it is clearly "wanton disobedience or extreme negligence."

Second, let's determine whether the error in Davis is such that it is not simply an error, but so serious that it is "wanton disobedience or extreme negligence." To begin with, let's address the Supreme Court Rule 5:17. Here's the rule (post continues on the other side of massive rule):


(a) When the Petition Must be Filed. --Unless otherwise provided by rule or statute, in every case in which the appellate jurisdiction of this Court is invoked, a petition for appeal must be filed with the clerk of this Court within the following time periods:

(1) in the case of an appeal direct from a trial court, not more than three months after entry of the order appealed from; or

(2) in the case of an appeal from the Court of Appeals, within 30 days after entry of the judgment appealed from or a denial of a timely petition for rehearing.

(b) Who Must Receive a Copy of the Petition. --When the petition for appeal is filed with the clerk of this Court, a copy of the petition shall be served on opposing counsel.

(c) What the Petition Must Contain. --A petition for appeal must contain the following:

(1) Assignments of Error. Under a heading entitled "Assignments of Error," the petition shall list, clearly and concisely and without extraneous argument, the specific errors in the rulings below upon which the party intends to rely. An exact reference to the page(s) of the transcript, written statement of facts, or record where the alleged error has been preserved in the trial court or other tribunal from which the appeal is taken shall be included with each assignment of error.

(iii) Insufficient Assignments of Error. An assignment of error that does not address the findings or rulings in the trial court or other tribunal from which an appeal is taken, or which merely states that the judgment or award is contrary to the law and the evidence, is not sufficient. If the assignments of error are insufficient, the petition for appeal shall be dismissed.

(2) Required Statements When the Appeal is from the Court of Appeals.

(i) a substantial constitutional question as a determinative issue, or

If the petition for appeal does not contain such a statement, the appeal will be dismissed.

(4) Nature of the Case and Material Proceedings Below. A brief statement of the nature of the case and of the material proceedings in the trial court or commission in which the case originated. This statement shall omit references to any paper filed or action taken that does not relate to the assignments of error.

(6) Authorities and Argument. With respect to each assignment of error, the standard of review and the argument -- including principles of law and the authorities -- shall be stated in one place and not scattered through the petition. At the option of counsel, the argument may be preceded by a short summary.

(e) Number of Copies to File. --Seven copies of the petition shall be filed with the clerk of this Court.

(f) Length. --Except by leave of a Justice of this Court, a petition shall not exceed the longer of 35 pages or 6,125 words. The page or word limit does not include the cover page, table of contents, table of authorities, and certificate.

(g) Use of a Single Petition in Separate Cases. --Whenever two or more cases were tried together in the court or commission below, one petition for appeal may be used to bring all such cases before this Court even though the cases were not consolidated below by formal order.

(h) Procedure for an Anders appeal. --If counsel for appellant finds appellant's appeal to be without merit, counsel must comply with the requirements of Anders v. California, 386 U.S. 738 (1967), and Brown v. Warden of Virginia State Penitentiary, 238 Va. 551, 385 S.E.2d 587 (1989). In compliance therewith, counsel is required to file (1) a petition for appeal which refers to anything in the record which might arguably support the appeal and which demonstrates to this Court counsel's conscientious examination of the merits of the appeal; (2) a motion for leave to withdraw as counsel; and (3) a motion for an extension of time to allow the appellant to file a supplemental petition for appeal. The petition for appeal and the motion for leave to withdraw as counsel should specifically cite to Anders. All three pleadings must be served on opposing counsel and upon the client and must contain a certificate providing evidence of such service. This Court will rule upon the motion for extension of time upon its receipt, but will not rule on the motion to withdraw until this Court considers the case in its entirety, including any supplemental petition for appeal that may be filed.

(i) What the Certificate Must Contain. --The appellant shall include within the petition for appeal a certificate stating:

(2) that a copy of the petition for appeal has been mailed or delivered on the date stated therein to all opposing counsel and all parties not represented by counsel;

(4) in a criminal case or habeas corpus appeal, a statement whether counsel for defendant has been appointed or privately retained; and

(5) whether the appellant desires to state orally to a panel of this Court the reasons why the petition for appeal should be granted, and, if so, whether in person or by conference telephone call.

(1) Right to Oral Argument. The appellant shall be entitled to state orally, in person or by telephone conference call, to a panel of this Court the reasons why the petition for appeal should be granted. The appellee shall not be entitled to oral argument, whether in person or by telephone conference call. Any lawyer not licensed in Virginia who seeks to appear pro hac vice to present oral argument to the Court must comply with the requirements of Rule 1A:4.

(2) Waiver of Right to Oral Argument. The appellant may waive the right to oral argument on the petition for appeal before a panel by notifying the clerk of this Court and opposing counsel in writing, or by filing a reply brief.

(3) No Oral Argument on Pro Se Inmate's Petition. If an appellant is not represented by counsel and is incarcerated, the petition for appeal may be considered by this Court without oral argument.

I made it the smallest font I could because it takes up most of this post and I wanted you to see how big the Rule is and how many hoops the appellant has to jump through in order to get past the form requirements and have the substance of the case heard. The only sections addressed by the Virginia Supreme Court in Davis are the ones that I left regular size. Presumably, every single other of the nine million form requirements was met.

[1]  Per 5:17(c)(1)(ii) the error which the appellant must "relate" to the assignment of error and actions taken by the Court of Appeals and per 5:17(c)(1)(iii) "an assignment of error that does not address the findings or rulings in the trial court or other tribunal from which an appeal is taken" will be dismissed. It is not hard to read these sub-rules so that you would think assigning error to the actions of the trial court, which by their very nature "relate" to the assignments of errors and actions taken in the Court of Appeals. It's obviously not the way that the Supreme Court interprets the language, but a simple reading of it could lead someone into error.


[2]  Per the Davis case itself, 5:17(c)(1)(iii) was added to Rule 5:17 on 01 July 2010. That's pretty new in a legal world which is resistant to change. As we all know, the Rule Book from last year is sitting on the shelf. The "How to Do Appeals Correctly in Virginia" book that somebody got at a CLE in March 2011 gets used. The form which the attorney has perfected and kept on his computer (to make sure he doesn't make errors) only gets used every year or two when the attorney does a rare appeal. These are all common problems which can cause mistakes to pop up.


[3]  Appeals which involve constitutional questions, legal matters, and mixed questions of law and fact are addressed "de novo" by the Supreme Court. In appeals which involve findings of fact the Supreme Court is extremely deferential to the finder of fact (the trial judge). There is an argument that when the Supreme Court takes an appeal from a case that has gone through the Court of Appeals the Court of Appeals' opinion is rendered meaningless and thus the errors assigned make more sense if they address "the findings or rulings in the trial court."


Now, before everybody starts telling me how wrong I am, I am not saying that this correct.. I am saying that, keeping the above in mind, this is an indication that what happened in Davis is error due to simple negligence, not "wanton disobedience or extreme negligence."


All I want is for cases to have the substance of appeals to be more important than the form. Of course, I also want to win the lottery, lose 30 pounds, and bowl a 250. Not sure any of these things are going to happen.
Author: Ken Lammers on 12/19/2011
Email ThisBlogThis!Share to TwitterShare to FacebookShare to Pinterest