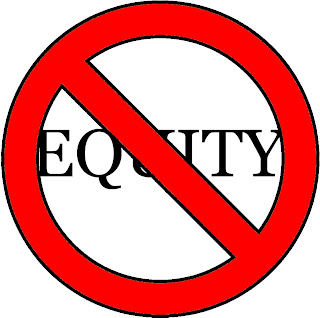 Advisement
The Court of Appeals remains dedicated to eliminating the common law procedure of taking cases under advisement to be dismissed with the fulfillment of certain conditions. The Court of Appeals is clearly seeking out cases it can use to eliminate this practice.
Hernandez v. Commonwealth, JAN11, VaSC No. 092524
(1) Until the court enters a written order finding the defendant guilty of a crime, the court has the inherent authority to take the matter under advisement or to continue the case for disposition at a later date. (2) Once a judge has found someone guilty of a crime the punishment must be as laid out by the General Assembly. (3) A judge's statement that there is enough evidence to support a conviction is not a finding of guilt. (3) The VaSC makes no finding as to whether a case can be deferred/continued/taken under advisement with a promise of a particular disposition at a later date.
Note: Hernandez is significant as the Supreme Court's refutation of last year's attempt by the Court of Appeals to eliminate advisement.
Congdon v. Commonwealth, FEB11, VaApp No. 0531-10-2:
(1) If a defendant waives his right to a de novo appeal from the juvenile and domestic relations court, in a plea agreement with the Commonwealth, the defendant cannot appeal the court's decision (normally allowed under § 16.1-296(A) ). (2) The lower court's order cannot take away the defendant's right to appeal, but the defendant can bargain it away as part of his plea agreement with the Commonwealth. (3) A district court guilty plea is inadmissible in the de novo trial in the circuit court.
Note: Congdon and cases similar to it are significant because they establish that a prosecutor and defendant can make side deals. Thus, if a judge agrees to continue a case without any findings, a defendant could be required to complete conditions by the Commonwealth and have the Commonwealth move for a dismissal upon completion.
Taylor v. Commonwealth, JUN11, VaApp No.2236-09-1:
Upon a finding of facts sufficient for guilt, a trial judge does not have the power to reduce a conviction to a lesser offense or to dismiss it.
Note: Of all the decisions this year, this probably provoked the greatest reaction from me. See my blog posts
http://crimlaw.blogspot.com/2011/06/virginia-court-of-appeals-invalidates.html
http://crimlaw.blogspot.com/2011/07/advisement-lets-look-at-court-of.html
http://crimlaw.blogspot.com/2011/07/advisement-lets-look-at-court-of_19.html
http://crimlaw.blogspot.com/2011/07/advisement-theory-behind-it.html
This and Tharrington v. Commonwealth, SEP11, VaApp No. 1573-10-1 (When the legislature makes clear its intent to punish a defendant twice for the same offense under two different statutes there is no double jeopardy and no need to prove the two crimes each have a separate element), are the cases I most strongly disagree with this year.
Epps v. Commonwealth, NOV11, VaApp No. 1799-10-4:
(1) 19.2-303 allows a judge to suspend a sentence or suspend the imposition of a sentence. (2) 19.2-303 does not allow a judge to not find a defendant guilty after determining facts are sufficient to find the defendant guilty.
Note: The defense attorney in this case deserves points for originality, but the Court of Appeals isn't going to go to the trouble of slapping down the common law and then stretch to allow the same practice under a statute which doesn't quite fit.