Practice Tip for Young Defense Attorneys:
What NOT to Say 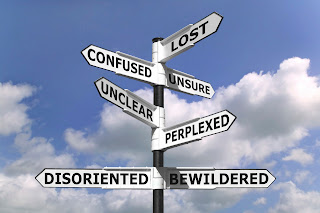 Okay, so I've indicted your client for 3 counts of burglary. I also know, and have disclosed to you, that the police suspect that he was involved in a dozen more, but are not now (and probably never will be) able to prove his involvement. I'm telling you that his guidelines will probably call for a sentence between 3 to 6 years. Yoiu are trying to talk me into a low-ball offer. You should not say to me


"He's a thug. Putting him in prison won't solve that whether you send him there for 6 months or 6 years."

You must understand that my knee jerk reaction is going to be "Well, then I'll go for the 6 years (or more)."

I understand you're trying to make an argument that he won't be reformed in jail and maybe you have alternatives X, Y, & Z in mind that you're going to try to sell me on next, but you've already set my state of mind and there's a high probability that you've scuttled the rest of your argument.

BUT, but, you say, I've heard well respected, long-time practitioner John Smith Esq. say the same things to you, Mr. Prosecutor, and it didn't seem to affect anything.

Well, yes he does say things like that to me. He knows when he can say it and when he cannot. He knows that the defendant, Mike Greene, has been in front of the courts 27 times in the last 5 years and that my office knows him and isn't ever going to offer him a sweet deal. Mr. Smith Esq. is just recognizing a reality and establishing his credibility with me and my office. It doesn't mean for a second that he won't fight tooth and nail for the guy in the courtroom and he definitely isn't making that statement in order to get me to lower my offer.  It's more like a recognition and notice that one way or another, there's not going to be a mutually satisfactory ending to this case.

If you are a new practitioner, you need to stay away from this. Get a couple or three years under your belt. Establish your creds as someone who gets his clients the best deal he can and who tries the cases that need to be tried. Then maybe you can come into my office and engage in this kind of more sophisticated dealing with the prosecutor.  Maybe . . .
Author: Ken Lammers on 12/05/2011
Email ThisBlogThis!Share to TwitterShare to FacebookShare to Pinterest