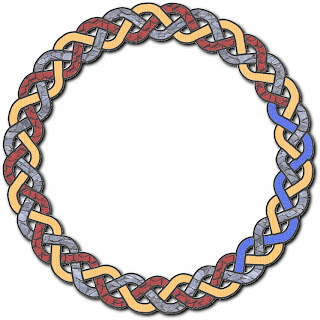 Over at Sentencing Law and Policy, Professor Berman has pointed to a practice in a few Alaska courts of "Circle Sentencing." It's an unfortunate name, but there's not much new to the concept. It's being sold as something that is somehow uniquely applicable to Native Alaskans. Nevertheless, anyone who has been going to CLE's or reading academic tracts over the last few years will recognize the concept. For identification purposes, I'm going to call it "community mediated sentencing."

Community mediated sentencing calls for the defendant to be put in a community group consisting of family, victims, community leaders, &cetera which explain to him the problems he has caused in the community.  The idea is to make the offender recognize his place in the community and the harm he has caused that community in order to cause him to alter his behavior.  It's a wonderful idea, but it has at least three serious flaws.

First, it assumes the willing and helpful participation of the community.  Second, it assumes that the offender will respond. Third, it is short term.

The willing and helpful participation of the community is difficult to obtain.  The local merchant who has been stolen from wants his strip of flesh; he has no interest in mollycoddling the thief.  The merchant from the national chain doesn't care about anything but getting restitution; he has more important things to do than spend the day talking to a shoplifter.  Community leaders can be anyone from the local preacher who means well, but has been ignored by the thief for the last 10 years as he preaches against the evils of drugs from the pulpit, to a local politician or activist.  The offender has not been paying attention to these people for the last ten years of his life; it's unlikely that's going to change now.  Then there's the offender's family.  If the offender comes from a hard working straight laced family they will most likely have told him the same things they are going to say in the mediation.  If he comes from a family wherein drugs and theft are just something everybody in the family does, and jail time is a part of life, then the family's participation is not likely to accomplish much.

Offenders seek programs like this because they perceive that the program will lessen their punishments.  Most offenders aren't particularly stupid; they will show a surface veneer of redemption. They will sit there and say the right things when expected to.  They will hang their heads and agree that they did wrong and swear that they understand the damage they have done to the community. At a superficial level they may actually believe what they are saying.  Nevertheless, once their community mediated sentencing is over, they will go back to the same places, hang out with the same people, and engage in the same behavior.

Finally, community mediated sentencing is a very short duration intervention. A few hours at most. Short term interventions do not work because they do not exert the necessary influence to change well rooted long term behaviors.  This is why we see all sorts of people who have been through shoplifting classes or two weeks of drug rehab right back in court. On the other hand, well run drug courts which require a year or more counseling and behavior modification (in my experience) do not have many of their graduates reappearing in court.  It's the continual behavioral retraining which actually does good; I've seen nothing effective short of a 6 month intensive program and even then doubt it is long enough.

These are the flaws in community mediated sentencing. To be honest, there will always be success stories in short term interventions such as these. There are always some people who are ready and just need that little shove to get them on the right track. However, when 5-10% of those participating are actually made better people that program is at least a 90% failure. Personally, I think the first two flaws can be worked around. It's the third which is extremely problematic. The funds aren't there to be able to put every low end offender into a program that lasts at least a year and strictly monitors the behavior of the offender.  As well, there is a very real concern that if there was a long term program and masses of low end offenders were funneled into it that it could not be as adapted to an individual as needed and would become just a way to spot check individuals and keep them from costing the taxpayer money by incarcerating them (you know, probation).

This is a wonderful idea that makes for great academic discussions and papers. It may also be something which can work in a very small community where shame can have a rectifying effect.  Nevertheless, in most situations it's not a viable solution.
Author: Ken Lammers on 3/19/2012
Email ThisBlogThis!Share to TwitterShare to FacebookShare to Pinterest