Rape: Why it's not about control in the law 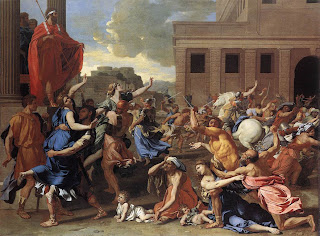 Over at The Volokh Conspiracy, Eugene Volokh has raised the almost heretical idea that rape is about sex instead of control.  As often occurs with posts over at the Conspiracy, the discussion in the comments is probably better than the post itself.  I always thought this argument was silly myself as rape, by definition, is gaining control of another in order to have sex with that person.  If one merely gains control it's abduction, not rape. If one adult merely has sex with another it may be hedonism, but we haven't outlawed that entirely yet.

And yet, as a lawyer, I don't care if rape is about sex or control. I care whether it fits under the statute. In Virginia Va. Code § 18.2-61 requires:

The difficulty in proving rape is that most of the time there are only two witnesses. This isn't much of a problem when the victim is badly beaten and at the hospital getting the rape kit done. In lots of other cases it is a terrible problem.

The inferred element above (except in the rape of a minor) is the lack of consent.  It is specifically the lack of consent, NOT whether the accused party reasonably believed that consent was given.  Intent is given extremely short shrift under Virginia's case law. In Commonwealth v. Minor, JAN04, VaSC No. 030401, the standard was set as:


Although proof of rape requires proof of intent, the required intent is established upon proof that the accused knowingly and intentionally committed the acts constituting the elements of rape.

In other words, if you did it you meant to do it. That's not terribly helpful in the close calls. In the end, it almost always comes down whether consent was given.

The reason that courts and legislatures have shied away from allowing the accused's perception of consent as evidence is rooted in the desire to avoid the "she asked for it" argument. The basic principle that no one asks to be raped is axiomatic.  The mere fact that a woman dresses a certain way or is at a certain location does not mean she is asking to be raped. This seems to have taken a while to beat into the norms of society, but it has taken purchase. In fact, it can be argued that in some cases it has gone too far (Antioch Policy).

On the other side of this is the fact that consent does not need to be verbal. This causes a rather nasty dance in the courtroom where the prosecution tries to keep things out on the grounds that it is being introduced to show the accused perceived her consent (she asked for it) and the defense is trying to get things in on the grounds that they actually tend to demonstrate consent. What does it mean when the young lady shows up at the door wearing high heels, a leather micro-mini, and a skin tight tube top? Does your answer change if she shows up dressed like that in mid January and the weather outside is 15 degrees fahrenheit?  Thankfully, I'm not the judge who has to make those calls.

The consent issue can be particularly problematic in intimidation and incapacitation by alcohol cases. Consider a 300 pound offensive lineman and a 106 pound girl in his room. He makes a move on her, she says nothing to dissuade him, and they have sex. Was she intimidated by this guy without him even realizing it?  Or, did she think about how big a mistake it was the next morning and convince herself that she would have never had sex with him if he were not so intimidating? Or did he purposefully use his size as a way to scare her into being unable to refuse him?

Consider two college kids drinking at a Halloween party and both are drunk. They go off together and have sex. He says she helped him get her out of that skin tight catsuit and they had sex. She says she was so drunk she doesn't remember anything but coming to consciousness with him on top of her.

The problem with the first scenario is that even if you were there you might not be able to discern the reality of consent. In the second scenario you end up in a swearing contest between two individuals who both may believe their version is the truth.

Imagine overlaying an "intent to control" element on top of all this. The jury instruction might go something like this:


In order to find the defendant guilty of rape you must find that his primary goal was to demonstrate control of the victim through sexual behavior.

That is a nightmare. It would stop all sorts of rape charges dead in their tracks. It would make the date rape cases like those above - already the hardest to prosecute - almost impossible. "Sure, she was drunk and Bob took advantage of the situation, but he wasn't trying to demonstrate control; he was just trying to have opportune sex." It would even make the stranger sex cases difficult. "He had sex with her on the 15th, but it wasn't to demonstrate control; if it had been to demonstrate control it would have had to be part of some continuing pattern of behavior in which he asserted control prior to this event and the sex was just a demonstration of that control."

In fact if rape were a demonstration of control the only people who would consistently qualify would pimps and the abuser in an abusive relationship. Mind you, I think that this could be incorporated into the law for just those situations as an aggravating factor.


If you find that the defendant raped the victim and that this rape had the primary goal of demonstrating control over the victim through sexual behavior, you shall find the defendant guilty of aggravated rape.

However, I don't think that rape as a demonstration of control can, or should, be written into the general law of rape.
Author: Ken Lammers on 3/11/2012
Email ThisBlogThis!Share to TwitterShare to FacebookShare to Pinterest