In This Era of Unemployment, Can Criminals Provide a New Job Source?

According to a Cali Court they could (if police could not pull over a car if they saw a passenger who was a wanted felon):

"Appellant contends that since Officer Hopkins had no suspicion of criminal activity or wrongdoing by him, the officer may not stop his vehicle. He argues [that] an investigatory stop [is allowed] only if there is a reasonable suspicion that the person driving was involved in a completed felony. Therefore, he argues, he could not be stopped. If we were to adopt such an untenable rule, then legions of criminals throughout the land could hire drivers, who are upstanding citizens with no past criminal involvement, to chauffeur them around our streets and highways in open, notorious view. As smug passengers they could wave to the police who could only watch in frustration as they passed by. A momentary stop of an automobile by police to investigate a passenger reasonably believed to be involved in a past crime is proper. It creates a minimal inconvenience to the driver of that automobile, when balanced against the government's interest in apprehending criminals." In re William J., 171 Cal. App.3d 72 (1985).

I wonder if the pay scale increases depending on how serious the crime the fugitive is accused of?
Author: Ken Lammers on 10/26/2012 No comments:
Email ThisBlogThis!Share to TwitterShare to FacebookShare to Pinterest 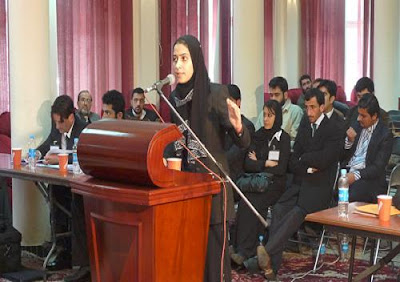 So, that's the extent of Virginia's law on this procedure. The key elements are that the prosecution must have introduced new evidence and the defense isn't entitled to surrebuttal if it brought the topic up first.  While there will always be arguments as to whether the prosecution introduced new evidence or if the "new" evidence introduced by the prosecution is in rebuttal to evidence first introduced by the defense, this rule would seem to limit rebuttal to a specific circumstance and thus make it less common.
Author: Ken Lammers on 10/22/2012 No comments:
Email ThisBlogThis!Share to TwitterShare to FacebookShare to Pinterest 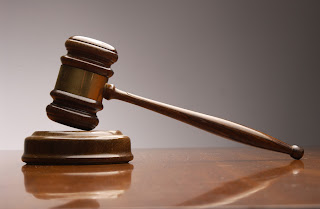 1)  Virginia judges want nicer attorneys.  This story pops up once or twice a year and yet we attorneys remain obstreperous and contrary. Probably has something to do with the fact we have trials rather than inquisitions.

2)  If you fly from Japan to L.A. with a grenade, leg irons, and body bags, the police are going to want to talk to you.

3)  The President of Egypt tries to fire his Attorney General and gets told "Over my dead body." Literally.

4)  "Kid was in the right place, wrong side of the fence."  Warden's son caught burglarizing houses near the prison.

5)  Phones getting too secure to be hacked - by the government.

6)  Is having "Asperger's syndrome and [being] on the autism spectrum" enough to keep you from being extradited to the US for breaking into the Pentagon's computers?

8)  Police enforcement of the anti-smoking ban in the strip clubs.

9)  In Japan, apparently if you want to film up a woman's skirt you just need to make sure you are on a plane so they can't figure out the proper jurisdiction.

Author: Ken Lammers on 10/15/2012 2 comments:
Email ThisBlogThis!Share to TwitterShare to FacebookShare to Pinterest

Crime Costs How Much? 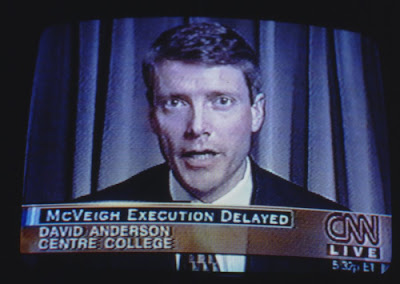 That's the conclusion of Professor David Anderson at my alma mater, Centre.

I downloaded the paper and was going to offer some sort of blow-by-blow critique, but stopped after getting a quarter way through when I realized that I would end up quibbling over something in almost every paragraph. In the end, it's a guesstimate based on a whole bunch of other studies. Personally, I strongly suspect it is high, but I don't have any way of backing that up with solid evidence.

Professor Anderson is trying to provide some sort of metric to use in describing the impact of crime on society other than actual arrests / incarcerations. It's a laudable goal. Assume that 20 years ago 500 people acted illegally, money being laid out in defense against crime was $100, and losses were $250 and in the modern era 400 people act illegally, money being laid out in defense against crime is $250, and the losses are $300. You have a net gain in the number of people acting legally, but a net loss in societal costs. This would be useful information to have in planning a rational behavior pattern in regards to potential criminal activity.

And that's about as deep as I get into economic theory. Admittedly, while this article is fairly plainly written, there were times I could not help but be drawn into the economic brambles. For instance there is an assumption that every second spent unlocking something is a loss of productivity - even if the person would not be producing anything at the time. "This calculation does not rely on the assumption that the time saved in the absence of crime would be spent working. If time freed from crime prevention would be devoted to leisure rather than work activity, this indicates that the leisure time is valued more highly than the monetary rewards from additional work." Okay, fine. That two seconds I spend unlocking my car could be spent staring back at the cows who walk up behind my house. Putatively, a infinitesimal period of cow staring may provide me with more enjoyment than unlocking the car door. Let's just assume I really love cows and it does. Okay, then doesn't that mean that every second of every day of an incarcerated individual's life should be counted as a loss while he's incarcerated, rather than an arcane formula that accounts for wage availability, employment rates, and prison productivity? If things are measured one way in one place and a different way elsewhere there seems to be an inherent flaw in the analysis. I state this not because I think incarcerated time should count as more loss of productivity. Personal experience makes me very skeptical that every person in prison is a loss of $30,769 yearly; the vast majority of people I've seen in court are living off government provided money or their family (in addition to their illegal activity's income). Rather, I think it is error to count time spent unlocking things as lost productivity if it does not interrupt a productive activity. I'm sure there's some wonderful economic theory as to why I'm wrong about this, but my simple little mind just got irked by this.

I'm also somewhat leery about estimates of losses due to "transfers" by law enforcement, businesses, and retailers. There is a strong incentive for both of these to upsell the amount of loss. That's not to say that they will lie, but given the ability to choose between valuations the incentive is to choose the highest. If there is a choice between wholesale / break even price ($3), store "on sale" price ($8), and regular ticket price ($11) they will most likely choose the regular ticket price. There are several reasons for this. Both government agents and store loss prevention employees can better justify their existence, and perhaps get a higher budget, if they choose a legitimate valuation which is higher than other equally legitimate valuations. There could be higher tax write-offs by claiming the higher value. As well, the insurance company may pay more if the business values its losses higher. I think that anyone who has worked in criminal law has seen this phenomenon, over and over and over again.

I can't quite say that the errors I see in the paper are nitpicking, but the paper is a broad overview. In order to do this correctly would require years of intensive research and a several thousand page tome filled with things like mathematical formulas and all sorts of arcane economic theorizing so that both the facts would be rock solid and the theory could be consistent in its measuring of all factors. Instead, the paper relies on other people's work and suffers thus from the flaws of that work and has to rely on the inconsistent methods by which each of the former studies reached their result. However, despite any flaws a economic dunce such as myself might imagine, as a large overview it does give us an idea of where things stand.

Of course, it's probably impossible to pin down with exactitude the cost of crime. The factors to be included would be argued from person to person. For instance, I would list MADD as an actor affecting crime costs rather than a cost itself. However, Professor Anderson lists it as a cost. Additionally, things such as the actual effect of crime on a market which has other factors beside crime as its driving factor are impossible to determine exactly. For instance, Professor Anderson attributed 50% of small arms and ammunition would not be purchased except for criminal deterrence. That strikes me as highly dubious. I doubt that 50% of small arms ammunition is used in anti-crime activities. As these points demonstrate, anything that someone comes up with will always be, in the final analysis, a guesstimate. Personally, when I saw the $3.2 trillion figure my gut feeling was that it was high. When I spoke to another person in my office about it, that person insisted that the number had to be low. I submit it for you to make your own call.
Author: Ken Lammers on 10/04/2012 1 comment:
Email ThisBlogThis!Share to TwitterShare to FacebookShare to Pinterest
Newer Posts Older Posts Home
Subscribe to: Posts (Atom)