ERB: Bonnie & Clyde and some other folks NSFW

Author: Ken Lammers on 3/16/2015 No comments:
Email ThisBlogThis!Share to TwitterShare to FacebookShare to Pinterest 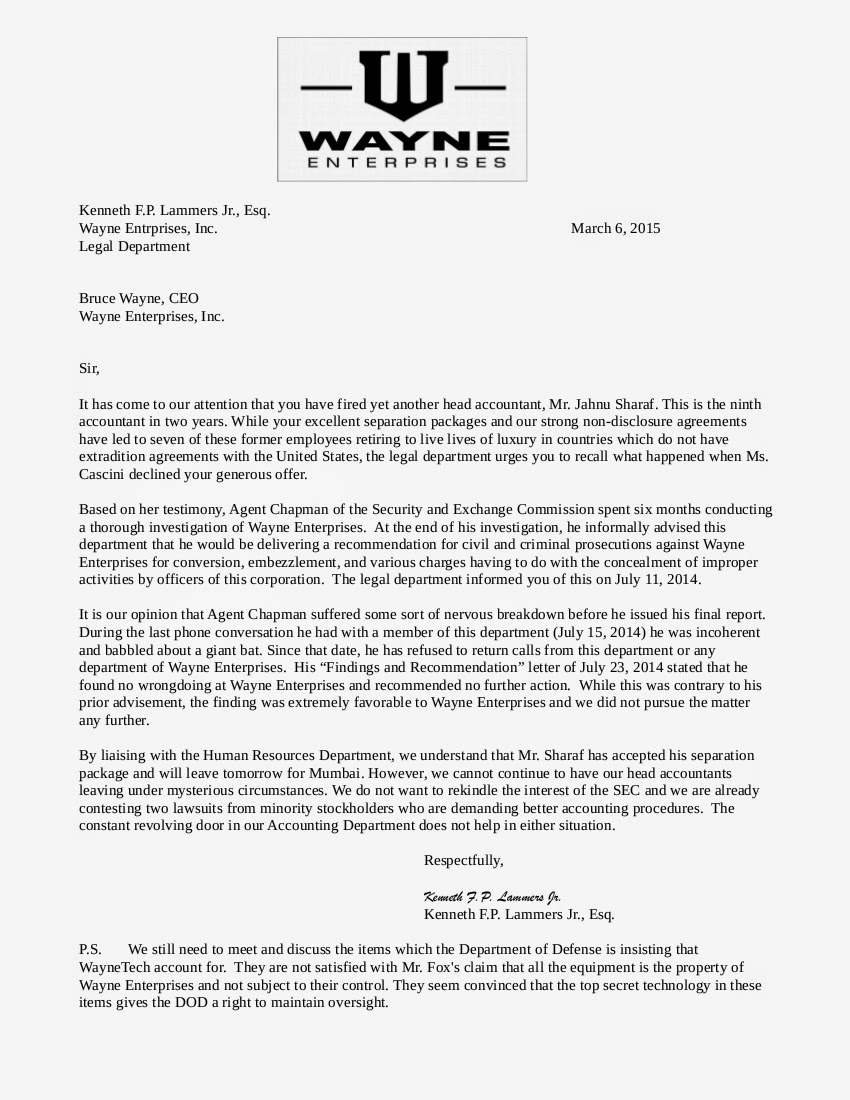 Shortly after sending this letter I was terminated. Not exactly sure why . . .
Author: Ken Lammers on 3/05/2015 1 comment:
Email ThisBlogThis!Share to TwitterShare to FacebookShare to Pinterest

Okay, so one of the things I do when I get stressed or bored is plot out potential vacations. I almost never get to take them, but I am determined that this year it will happen because by the time I can actually block aside enough time to take it (no possibility earlier than July) I expect that I will probably need it more than I have in recent years. 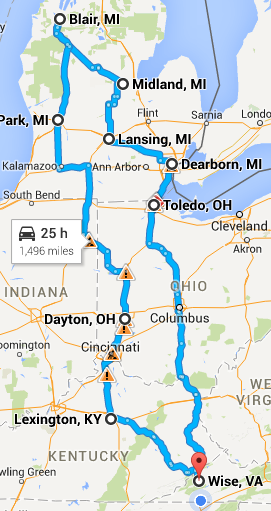 I discarded a possible train trip to Seattle (too expensive and impractical). I discarded road trips to Casper, Wyoming; Augusta, Maine; and circumnavigating Lake Michigan all because while I could make them if everything went right the schedule would be tight and there would not be much time to enjoy anything but staring at the road.

The latest version (Vacation_15 Version 2.4) is the trip to the left. The primary purpose of the trip is to go to Dearborn and get some decent Arabic food.  However, after a little thought I realized that wasn't going to fill a week and started adding other destinations.

The only catch so far is that (outside of when I stay in the Toledo/Dearborn/Lansing area) I had planned to do this vacation on the cheap by bringing a tent and camping, but it seems that Michigan is anti-camper.  Michigan requires those from out of State to pay a $31fee for the privilege of paying to camp on their parks. You read that right. You pay them money so that you can pay them money. The cost for putting a tent up without any amenities seems to be at least $20.  Taken together for three nights camping, that's $30 a night to sleep in a tent I have to put up and take down myself.  At each place Priceline and Travelocity can put me in any number of hotels/motels for about $40.  If I am willing to buy blind, Priceline has hotels for $30. Contrast this with Ohio where it is clearly cheaper to camp at $19 period.

That's ridiculous. I know the motels that I would end up in would be the lower end ones where you park outside your door, the room opens to the outside, and there's nothing inside but the bare basics.  That's still a place where I don't have to set up a tent, have electricity, and probably have restaurants and gas stations nearby. Heck, most of them even have wifi now. I don't get it. They want me to pay almost as much to get much less.  Maybe the lobbyist for cheap motels has the ear of powerful legislators in Lansing?

Anyway, the trip's a definite maybe right now. And if I go I'll probably be spending a fair number of nights at a place which leaves the lights on for me.
Author: Ken Lammers on 3/01/2015 No comments:
Email ThisBlogThis!Share to TwitterShare to FacebookShare to Pinterest
Newer Posts Older Posts Home
Subscribe to: Posts (Atom)