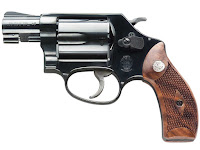 Day two of looking at the bills which several members of the Virginia General Assembly have proposed become laws restricting firearm ownership and use. From the Senate there are Bills 12, 14, 16, 18, and 22 from Senator Saslaw; 13 and 15 (Senator Ebbin); 35 (Senator Surovell); 51 (Senator Spruill); 67 (Senator McClellan); 69 (Senator Locke); & 70 and 71 (Senator Lucas).  From the House there are Bills 2 (Delegate Plum) and 9 (Delegate Bourne). As stated previously, I know that's a ton of bills; I expect many to fail, get changed, get merged, etc. Generally, I would wait until the actual laws have been passed. However, because of the great amount of interest I'm going to look at these as they are in their larval bill state.

Age Restrictions: This comes from SB18, proposed by Sen. Saslaw. It changes several statutes relating to age and I shan't be following the order in the statute because that would bury the lead. I've glanced through all the bills that are proposed and this is the one which strikes me as being the one likely to run afoul of the US Constitution's 2nd Amendment and Virginia Constitution Art. I, Sec. 13 (which is facially broader than the 2nd Amendment).

--------------
COMMENT: They'll have to pop over the state line and buy them in Tennessee, North Carolina, Kentucky, or West Virginia. I'm not a big fan of infantalizing those between 18 and 21. If 18 is the age of majority then 18 is the age of majority. Furthermore, when we pass laws forbidding law abiding adults from doing something entirely legal - whether they are about drinking, using nicotine, or buying firearms - we encourage wink and a nod lawlessness. Beyond even that, denying an adult a constitutionally guaranteed right, by attempting to make that right non-exercisable, without a particular and individualized reason, but only because she belongs to a non-harmful class, inclusion in which she has no control over, begs for a constitutional challenge.
--------------

(A) An adult cannot "recklessly leave a loaded, unsecured firearm in such a manner as to endanger the life or limb" of someone under the age of 18. There are two real changes here. First, the age used to be under the age of 14. Second, the punishment went up from a fine to a class 6 felony (up to 5 years in prison).

(B) It's a class 1 misdemeanor (up to 12 months in jail) to authorize person under 18 to use a firearm without supervision by an approved 21 yoa person. The statute used to forbid authorization for a kid under 12 yoa.

(A) is a nothingburger. "Reckless" behavior is entirely subjective, but unless it's tied to a springloaded door trap (we all remember that case from law school), it's going to be hard to make the case that a 14-17 yoa minor doesn't understand the danger inherent in a loaded firearm. Once you get under 14 the scale begins to tip and things like having a loaded firearm in the desk drawer, or on the wall, or behind the door starts looking a lot more like reckless behavior as the child in question gets younger.

(B) is an anti-hunting statute. Prior to this, it appears that a minor of 12 yoa or older could go out with her .22 rimfire and shoot squirrels, rabbits, or the bleeping beaver that keeps flooding the corn field. Now she can't and her older 17 yoa brother can't go out with his .45-70 and cull the out of control deer or bear populations either. Now they can't unless they drag some adult along with them.

None of this protects the citizenry any more than the law as it currently exists. If (B) is meant to prevent adults from arming children in gangs or in riots or similar situations it's far too broad and needs to be narrowed. Perhaps (B) is meant to stop sales to minors, but if so the statute should ban authorization to possess not use.

An adult under the age of 21 cannot "intentionally possess or transport a handgun or assault firearm anywhere in the Commonwealth."

(1) Have written permission from landowner. If under 18 the minor must also have her guardian's permission. (but not on property the 18-20 yoa owns herself)

(3) Hunting (no further limitation; this appears to make the government clerk who issues a minor a hunting license a misdemeanant per § 18.2-56.2(B))

-----------------------
COMMENT:  Hmmm . . . This one clearly denies an adult a constitutionally guaranteed right, without a particular and individualized reason, but only because she belongs to a non-harmful class, inclusion in which she has no control over.

This one may actually rise to strict scrutiny analysis when challenged. The US Supreme Court hasn't set a standard for reviewing firearm cases and the appellate courts have generally adopted the intermediate standard with a rather strong lean toward the rational basis standard. However, the ones I've read seem to be more about the firearm and this is about an absolute ban on a class of citizens' constitutionally guaranteed right. It'll be interesting watching the constitutional challenges if this bill passes into law.

Loss of Driving Privileges: SB16 proposes that § 16.1-278.9 be changed so that any minor caught with an assault firearm cannot have a license until she is 18 years and 3 months old.

Okay, so I've been asked by several people to look at this. I don't usually look at bills because so few of them are passed into law and even those that do are often changed in the passing. Still, there's a lot of curiosity about this one, so I'm going to bend my rules a bit and look at the proposed bills (so far). From the Senate there are Bills 12, 14, 16, 18, and 22 from Senator Saslaw; 13 and 15 (Senator Ebbin); 35 (Senator Surovell); 51 (Senator Spruill); 67 (Senator McClellan); 69 (Senator Locke); & 70 and 71 (Senator Lucas).  From the House there are Bills 2 (Delegate Plum) and 9 (Delegate Bourne). Yeah, I know that's a ton of bills; I expect many to fail, get changed, get merged, etc. That's why I generally don't do this. Still, once I got to looking there was a lot to discuss and I got intrigued.

------------
COMMENT: This last bit strikes me as contrary to logic. The receiving person knows he's a convicted felon; the transferring person does not. Thus the receiving person has a more guilty mens rea and an equal actus rea. I do, however think that a felony conviction could be appropriate for a person caught transferring without a check a second (or more appropriately a third) time. Selling your old pistol in an improper manner to some dude in your bowling league shouldn't be a felony. There should be some check on this so that the only people getting felonies are those purposefully avoiding the checks to sell multiple firearms.
------------

(1)  The check isn't required if the firearm is gifted to an immediate family member and in Sen. Saslow's version "a personal friend."

(2)  The check isn't required if the transfer happens "by operation of law."

(4)  The check isn't required if the transfer is by an executor in accord with a will.

--------------------------
COMMENT: Probably the most common "by operation of law" situation is death without a will wherein things pass according to statutes and bad-apple Bobby, the convicted bank robber, is the only legal heir and gets Grampa's Garand. In that case there probably isn't anyone around to transfer the rifle. However, why in the world anybody would think an executor shouldn't have to check to see if Bobby can possess the weapon is beyond me. She should because if we are serious about keeping Bobby from having a firearm the fact that Grampa willed it to him shouldn't matter.
-------------------------

(9)  "The transfer occurs at a shooting range, shooting gallery, or any other area designed for the purpose of target shooting or for use during target practice, a firearms safety or training course or class, a shooting competition, or any similar lawful activity"

(10)  The transfer happens at a firearm show and the State Police performed the background check.