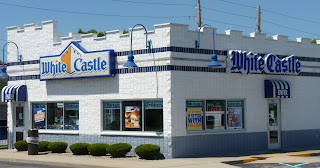 The General Assembly has tried to make a statutory "castle doctrine" part of Virginian law for several years now. I discussed a previous version of this back in 2010. The difference between then and now is that it appears the current version will be enacted.

The House of Delegates Bill (HB48) mirrors the Senate version of the bill (SB4):


§ 18.2-91.1. Use of physical force, including deadly force, against an intruder; justified self-defense.

It fails at some of the same things which I thought were shortcomings in the version I discussed previously.

(1)  "Injury" is a poor choice of words. It already has the specific meaning under Virginia law of serious internal bodily damage. This is as compared to "wound", which means bodily damage which breaks the skin, and "harm", which is less well defined but seems to mean causing pain and non-serious bodily damage. The General Assembly could do better to state "wounding or injury." It could also write a specific definition into the statute.  As it stands, bodily injury cannot mean only what the term of art "injury" has meant under current interpretation because it would be ridiculous to restrict this statute to bodily injuries that did not break the skin. This will mean that the meaning will be undefined and we get to spend time arguing over whether a punch in the face justifies deadly force under this statute.

(2)  I wish it stated "feloniously entered" instead of "unlawfully entered." I have visions of every yahoo who has his fight with his neighbor spill into his house or who gets into a fight with his cousin in the kitchen claiming he has the right to use deadly force because "He was trespassing in my house."

(3)  I wish there were presumptions in this that stated that entry into a residence at night (burglary), while the residents are asleep does not require an overt act.

All-in-all, I don't expect this statute to change much of anything. Virginia isn't the most forgiving Commonwealth when it comes to somebody who breaks into someone else's house. I can't remember any legitimate cases wherein I've seen someone prosecuted - or even sued - for taking care of an intruder in his house.
Author: Ken Lammers on 2/13/2012
Email ThisBlogThis!Share to TwitterShare to FacebookShare to Pinterest

I have visions of every yahoo who has his fight with his neighbor spill into his house or who gets into a fight with his cousin in the kitchen claiming he has the right to use deadly force because "He was trespassing in my house."

Well, your visions remind me of the predictions of the wild, wild, west breaking out in Florida when they changed some of their carry laws.

Oh and a "yahoo who has his fight with his neighbor spill into his house" pretty clearly been trying to retreat or flee. Of course maybe they are going to get a weapon, but if you're in a fight with the suspected axe murderer of Pitcairn County and they get in their house, or start heading for it, one should run like hell and call the cops, not chase them in. ;-)

I agree with the rest of course. It does seem poorly written as a part of a total body of law

But count me among those who support the castle doctrine.

Of course, police are wary of domestics. They are among the most dangerous things an officer can be called to. However, I am not predicting an outbreak of the wild, wild west. As I stated, I don't think there will be much change; people who commit homicides in their homes already try to claim justification.

In those cases where "flight" is occurring, sucker punching someone on the front porch and running inside to try to slam the door in the face of the hitee seems to be a popular sport (and one I'm not too fond of).

"However, I am not predicting an outbreak of the wild, wild west"

I didn't say, or mean to say, you're predicting such an outbreak, if it came across that way I apologize and clarify. Your visions remind me of the visions of others not in outcome, but in likelihood. What they predicted did not come to pass.

"As I stated, I don't think there will be much change; people who commit homicides in their homes already try to claim justification."
Perhaps the misunderstanding was two-way. Visions, to me, implies a prediction of something coming to pass which is not already occurring.

White Castle fries only come in one size.