Unforeseeable? Why Use an Unusable Standard? 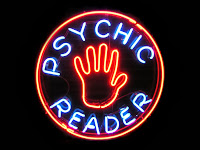 I was doing some research today when I ran across Metrish v. Lancaster, a US Supreme Court case which was primarily an AEDPA decision, but which had an interesting discussion on the retroactive application of judicially made changes to laws. We all know that laws passed by legislatures cannot be applied ex post facto. However, the courts have largely exempted themselves from this constitutional requirement, although still subjecting their changes to a far less stringent due process standard. Here is my breakdown of that part of Metrish.


Metrish v. Lancaster, MAY13, USSC No. 12-547: (1) If a law is judicially changed in an unforseeable manner after the date of the offense then applying the change to the defendant violates due process. (2) Retroactive application of a judicial decision which is a judicial expansion of narrow and precise statutory language violates due process. (3) Judicial alteration of a common law doctrine of criminal law violates the principle of fair warning, and hence must not be given retroactive effect, only where the alteration is unexpected and indefensible by reference to the law which had been expressed prior to the conduct in issue. (4) Judicial abolishment of an obsolete common law rule which has never been relied upon by the appellate courts (outside of dicta) does not violate due process. (5) Applying (a) a post-offense superior appellate court's ruling (b) which overruled an inferior appellate court's well established interpretation of a statute (c) when the superior appellate court had not previously addressed the statute's interpretation (d) does not violate due process.

What the Opinion Should Have Said

Personally, I think the Supreme Court got this right, but for the wrong reason. If the court had said this was a matter of procedure rather than substance I think it would be a better decision. The substance of the crime remains the same; the elements of murder remained the same as they had been prior to the homicide. What changed was whether an affirmative defense was allowed. Whether something is allowed as an affirmative defense is a matter of procedure and the usual breakdown is that a court should apply the substantive law in place at time of offense and procedural law in place at time of trial.

Instead, the Court went with the incredibly subjective and unworkable "unforeseeability" standard.  This has all sorts of problems. In a case involving the substance of a law it would violate the requirement that notice be given that something is illegal. Notice of current status of the law is contained in the existing statutes and case law. A person does not have notice of something that won't be in the case law until six months after he does an act which falls afoul of it - no matter how "foreseeable" the change might be to an appellate judge who is watching trends in American law and has definite opinions as to where the law is heading.

Part (2) above refers to a case from South Carolina in which a statute defined trespass as entering property after barred. After the defendants had committed their act, the South Carolina Supreme Court made a ruling that the statute also applied if a person refused to leave a property after being told to. The US Supreme Court said this was an unforeseeable expansion of the law which was not in place at the time of the defendants' act and therefore the change in the law could not be applied in their case.

Note that this was a change in the substance of the law.  No matter how strongly the Court asserts the opposite, there's nothing terribly unforeseeable about a trespass statute applying to people who refuse to leave a property after being barred. However, as a substantive change in the law it would have easily fit under the framework I suggested above.

Parts (3) & (4) above refer to a case in Tennessee wherein the "year and a day" rule was eliminated by the appellate courts after the defendant did the act which eventually led to the death of his victim. In that case, the Court ruled that because the national trend was to eliminate the rule and Tennessee had only referred to the rule three times "in dicta" that the change was foreseeable. This shows something of an ignorance of how trial courts work. Accepted law, even as laid out in what courts may later dismiss as dicta, is applied over and over again in trial courts once it has been recognized by appellate courts. This sort of change is not "foreseeable" in the trial court until it takes place. In fact, the trial judge who refused to apply the rule that his appellate courts had previously recognized was technically in error until the appellate courts abolished the rule.

Whether or not the abolishment of the year and a day rule was foreseeable depends entirely on 20/20 hindsight. It was just as foreseeable that a longstanding doctrine recognized by the appellate courts of Tennessee could stand. However, as this is an affirmative defense it would be a procedural matter and easily fit under the framework I suggested above.

Finally, part (5) above is the rule in this particular case. Here is where the foreseeability standard really starts to sputter. The Court wants us to believe that when an intermediate appellate court has expressed the same opinion several times without the intervention of the state supreme court that we should foresee the state supreme court withdrawing its tacit approval of the intermediate appellate court's opinion. Is it foreseeable? Sure if you mean foreseeable in absolute terms. I mean, it's foreseeable that the US Supreme Court could overturn Griswold in the next term. Is it going to happen? Nope, but it's not unforeseeable. On the other hand, if they mean foreseeable as so clearly going to happen that trial courts ignore the intermediate court's precedent, how often does anyone see that? Maybe foreseeable is meant as probable? Legitimately possible?

Personally, I think the most likely meaning is "probable." However, that ambiguity is not resolved in this case.  Even if it did mean probable, it's not probable that a state supreme court would overrule a set of opinions it has given tacit approval to by not overruling previously. Does it happen? Sure it does. Is it likely in any particular set of opinions? Nope.

You have to wonder why the Court would use an unworkable "foreseeability" analysis when the simpler substantive/procedural analysis of the situation was available.
Author: Ken Lammers on 12/31/2013
Email ThisBlogThis!Share to TwitterShare to FacebookShare to Pinterest