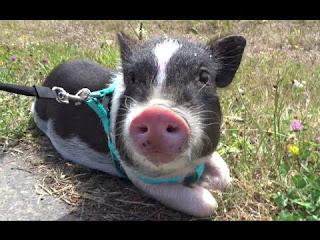 We get calls from service industry owners and managers all the time about animals they believe are fake support animals. It has become common for people to put a little "Service Animal" vest on Fifi and take her into the store or hotel and screech at the poor employee who dares to say anything that he's not allowed to question her service animal. These managers have seen many animals which are clearly providing no service gotten past the rules - usually claimed as an "emotional support animal." As one hotel manager put it to me, "I don't see them providing any service unless you count retrieving the ball their owner throws."

I addressed Virginia's laws in reference to this last year and you'll remember that Virginia specifically disclaims emotional support animals. This year, I'm going to try to lay out the federal laws.1

There's a difference and it makes a difference. Under the umbrella of the Americans with Disabilities Act, 28 CFR 35.136 (backed more generally by 42 USC 12182) allows service animals, and service miniature ponies, to go pretty much anywhere the person they are serving is allowed to go as long as the animal is (1) under control and (2) housebroken (and not too big for the locale for the miniature horse). 28 CFR 35.104 specifically defines a service animal as (1) a dog that is (2) trained to do work or tasks directly related to the disability. Mostly this applies to dogs meant to help with physical disabilities. However, there is provision for dogs meant to help in psychiatric situations if the dog is trained to prevent or interrupt impulsive or destructive behavior. The definition specifically excludes emotional support animals.

This is the general rule. However, there are two exceptions. The first is found in 49 USC 41705 which has been interpreted to allow emotional support animals on airplanes (because nothing could go wrong there). That's all under the Air Carrier Access Act and if you want further info on that you'll have to look it up yourself because shockingly as a prosecutor in the mountains of Virginia I don't have much reason to research that amazingly stupid idea in depth.

The second exception is government supported housing (e.g. HUD housing and college dorms). In 2013, HUD issued a Notice (FHEO-2013-01) in which it ruled that emotional support animals somehow were required under the Fair Housing Act (banning the consideration of "race, color, religion, sex, familial status, or national origin" in the sale or rental of realty - 42 USC 3604 et al.) and the Rehabilitation Act of 1973 (if money comes from a federal grant or program a person cannot be excluded because of her disability - 29 USC 794). It also noted the ADA, but this Notice was clearly meant to go farther than the ADA allows. As well, it is very clear that the FHA does not apply on its face although I'm sure there's a CFR or court case out there somewhere providing some sort of sophistry to support its use. Still, even without these two Acts, the Rehabilitation Act would seem to apply.

The Notice points out that neither the FHA or Rehab Act require assistance animals to be trained and that neither requires the animal to be a dog. Since neither addresses assistance animals at all, this is true. It then sets out a two part test as to whether the animal is allowed: (1) Does the person have a physical or mental impairment that substantially limits one or more major life activities? (2) Does the person making the request have a disability-related need for an assistance animal? If the answer to both is "yes" then the HUD housing or college dorm must allow the animal unless (3) the animal is a direct threat to health and safety, or (4) it cannot be stopped from causing substantial damage. As part of question 2 above, the Notice makes it clear that emotional support is included in that question.

Obviously, all this is just begging for abuse. What steps can be taken to combat it?

For those facing a person claiming that Pepe, their skunk, is an emotional assistance animal and must live in their HUD housing or dorm room. Here, there is room for a significant requirement of proof. Per the Notice above, if the disability is not obvious and/or the need for the animal is not obvious, the person must provide "reliable" (1) proof of the disability and (2) the disability related need for the animal. The "reliable" part is important here because there is a cottage industry of "doctors" online who will give anybody a letter stating they need an animal for fee after they fill out a short online questionnaire. If it isn't from a local doctor who is continuing treatment for your renter then the letter probably isn't worth the paper it's printed on.

Outside of housing situations, there are two questions allowed per 28 CFR 35.136.  If it is not obvious what the dog (or miniature horse) is there for a hotel or shop employee can ask (1) if the animal is a service animal, and (2) what work or task has the animal been trained to perform. Unfortunately, if the person is dishonest and smart enough to give an answer that complies with the physical aid requirements of the CFR you cannot inquire any further. However, if they go for the "emotional support" answer which seems to be the go to answer for most of them you can refuse them entry. And, if you are a place that serves food you may be required to under health and safety laws.

Hopefully, this combined with the Virginia specific post will give everyone some guidance as to what the rules are for different support animals so that the next time a harried front desk clerk calls in from The Carlyle Hotel (Appalachian Division), you'll have the answer at the tip of your tongue - not that it will keep the customer from pitching a fit over the fact that the hotel is violating her rights by not letting her take her emotional support turkey vulture with her into her room.

----------------
1. Be advised that federal laws and regulations are Byzantine in the extreme and I am almost guaranteed to have missed something.
Author: Ken Lammers on 10/18/2017
Email ThisBlogThis!Share to TwitterShare to FacebookShare to Pinterest