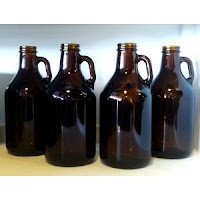 The other day, I was lecturing a group of a few dozen law enforcement officers on the changes to and interpretations of Virginia's laws by appellate courts. As part of it, I had to tell them that the 4th Circuit Court of Appeals, shortly after supported by a Virginia Attorney General Opinion, has declared interdiction is unconstitutional.  Manning v. Caldwell. Interdiction in Virginia law is a process by which the government can petition a judge, accompanied by proof of abuse and notice to the person, and have the person be declared "interdicted." An interdicted person cannot be sold alcohol and cannot possess alcohol or be drunk in public. (the second is semi-redundant as that stands as its own lesser charge).

One of the officers asked why interdiction was unconstitutional and I had to inform him that it was because the 4th Circuit couldn't understand the words "habitual drunkard" because they were too vague.

The entire room dissolved into laughter.

Nobody can make a convincing argument that "habitual drunkard" is beyond easy understanding. That's why the judge writing this opinion spends pages 11 thru 33 trying to convince us that it is. It's definitely a "methinks thou dost protest too much" moment. Whenever you see a judge writing that much to convince you that two words from a minor statute don't mean what they seem to pretty clearly mean you know you're in the result oriented zone.

Eventually, the judge says that the only thing habitual drunkard could mean (although it is too vague to actually get there) is "alcoholic" and it violates the 8th Amendment to punish someone who is acting in accord with that status.

Or perhaps the judge is trying to tell us that "drunk in public" is in and of itself entirely unconstitutional unless it can be proven in court that the individual involved isn't an alcoholic or addict. However, this fails the judge's own logic because drunk in public applies to all without recourse to status as alcoholic or non-alcoholic.

At best, a kind reading of this opinion's 8th Amendment analysis would conclude that the opinion makes it unconstitutional to give a more severe penalty for an alcoholic if she is convicted of drunk in public because of her status as an alcoholic and that the opinion bypassed the illegal possession of alcohol portion of the statute.

Nowhere does the judge writing the opinion even attempt to explain how the 4th Circuit has jurisdiction to impose its will upon these statutes. This seems an awful lot like it's an end run around the Antiterrorism and Effective Death Penalty Act where the 4th Circuit would be held to a higher deference standard unless it could point to a specific US Supreme Court decision with a specific point that made the Virginia statutes clearly unconstitutional. Of course, that would be impossible because of Powell v. State of Texas, 392 U.S. 514 (1968):


The State of Texas thus has not sought to punish a mere status, as California did in Robinson; nor has it attempted to regulate appellant's behavior in the privacy of his own home. Rather, it has imposed upon appellant a criminal sanction for public behavior which may create substantial health and safety hazards, both for appellant and for members of the general public, and which offends the moral and esthetic sensibilities of a large segment of the community. This seems a far cry from convicting one for being an addict, being a chronic alcoholic, being mentally ill, or a leper.

It can be argued whether this applies because it is part of a plurality opinion, but it definitely makes it very difficult to claim that the Virginia statutes fall directly afoul of US Supreme Court precedent.  Having read the 4th Circuit case, I'm sure the judges involved could have cobbled together some excuse so they could impose their will on Virginia. Nevertheless, having not done so, the 4th Circuit opinion appears to be advisory at best and courts in Virginia would be bound by their own precedent.

In a world where we've moved away from individual responsibility, moved toward treatment solutions (arguably back toward them in a crippled, limping manner), and decided of late to ennoble the homeless at the expense of other citizens, the elimination of interdiction is not terribly surprising. However, it is and should be a legislative decision made by the Virginia General Assembly and signed off on by the governor. The 4th Circuit stretched further than it should have to get where it got. Despite the Attorney General's collapse in the face of this opinion, and without an explanation of what would allow the 4th Circuit to step on Virginia's sovereignty, I think that binding precedent for Virginia courts would be from Virginia's Court of Appeals in Jackson v. Commonwealth, 44 Va. App. 218 (2004):


Code § 4.1-322 imposes no criminal sanction for the status of being an alcoholic. It forbids specific behavior: possession of alcohol and public drunkenness by interdicted persons. Therefore, in accord with Powell and Fisher, we hold that Code § 4.1-322 does not violate the Eighth Amendment by punishing status or by imposing cruel and unusual punishment.

Unless the General Assembly acts to change the law, I think that the trial courts of Virginia remain bound by Virginia precedent. The 4th Circuit, without some sort of statutory grant by Congress, doesn't stand as a court in lieu of Virginia's appellate courts and the Virginia Court of Appeals' constitutional interpretation will trump that of the 4th Circuit in Virginia trial courts. As well, prosecutors and officers acting in accord with a statute that has been specifically found constitutional by  the Virginia Court of Appeals will be well within their rights and abilities as actors under Virginia's binding precedent.
Author: Ken Lammers on 10/30/2019
Email ThisBlogThis!Share to TwitterShare to FacebookShare to Pinterest

To rule that human beings may not be arrested, fined and/or imprisoned for the offense of sleeping on the sidewalk in a city where they have no other shelter, = "to ennoble the homeless at the expense of other citizens."

Yes it does. This kind of thing isn't about helping the homeless, it's about ignoring or benefiting from a continuing problem. You'll note that the solutions aren't terribly hard; they just cost money and effort. We know how to build quonset hut shelters for homeless. We know that a good portion of the homeless are actually mentally ill and we should be taking care of them in facilities which can help them at least physically if we cannot cure their mental issues. We're not even making significant efforts and those we do fail in large part because sharp operators siphon off large portions of allotted funds well before they get anywhere near the people in need.

So, what do we do instead of dealing with the (very important) health issues, the public safety issues, the actual needs of the homeless people, and the not quite illegal siphoning of the money away from the problem? We ignore the problem because it doesn't come to our neighborhoods and our shopping centers. We pretend to help but don't actually do much because it would be painful financially and psychically to engage in real solutions. We make it seem like a good thing to leave people on the streets. Because it's easy.