In September I noted here that Deputy Green of the Powhatan Sheriff's Department died when he belatedly tried to join a chase of a suspect who had fled from a traffic safety checkpoint. 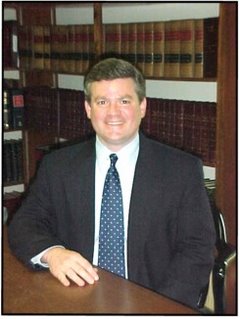 Bob Beasley, the Commonwealth Attorney for Powhatan, has filed murder charges against Khalil Jerry Walker, the person who drove away from the check point and led police on a chase that got up to 100 mph. Commonwealth Attorney Beasley has actually charged Walker with four charges: misdemeanor DUI, felony driving on a suspended license, felony eluding, and 2d degree murder.

It's an interesting case to try to unravel. Admittedly, when I first read that it was a felony murder charge I thought that it was a stretch. Somewhere from the dark recesses of my mind I remembered a list of felonies which could be used in felony murder. However, after doing a little bit of research, I found out that this is only if the felony murder is in the 1st degree. There is a specific statute for 2d degree:

The killing of one accidentally, contrary to the intention of the parties, while in the prosecution of some felonious act other than those specified in §§ 18.2-31 and 18.2-32, is murder of the second degree and is punishable by confinement in a state correctional facility for not less than five years nor more than forty years.

Still, I'd never heard of a felony murder charge based upon an eluding charge. I poked around a little with FastCase last night and found one case wherein it was the underlying charge, Bazemore v. Commonwealth. However, in Bazemore the defense didn't contest it, except to argue that an instruction was wrong (thrown out as not preserved by objection). In other cases the Virginia appellate courts seem to ignore the eluding and concentrate on whatever felony led to the eluding. Specifically, the Virginia Supreme Court, in Montague v. Commonwealth, was faced with a situation wherein a person in a stolen car fled a checkpoint, was pursued by an officer, and struck and killed a child. While the flight was an important part of the case the court's analysis was based upon the theft of the car. However, this case doesn't exactly fit because the Commonwealth seems not to have presseludinging as the underlying charge. So, basing a felony murder on eluding appears to be novel.

Anyway, the issue of whether eluding is a solid basis should be a moot point. Assuming the felony driving suspended stands up there is a case which almost mirrors this one. In Davis v. Commonwealth the court held that a defendant who fled the police because he was driving with his license revoked (a class 6 felony) was guilty of 2d degree murder when he hit a police car and killed his passenger. The question then becomes whether the death of Deputy Green was part of the res gestae of the felony driving without a license. In other words, was his death a part of the crime as determined by its close connection in time, distance and continuity of action, as part of the same criminal enterprise. See Motague. Here the case of Haskill v. Commonwealth, might be somewhat instructive. In Haskill a group of men attempted to commit a robbery. When their robbery attempt failed they fled and the victim pursued. One of the would be robbers shot and killed him to facilitate escape. The court ruled that in this case a fact finder could find the escape intertwined with the crime and set a rule:

We do not say, however, that in every case a homicide committed during escape from a felony must be construed, as a matter of law, to come within the felony-murder statute. Usually, as in the present cases, the question will present an issue of fact to be determined from the evidence.

So, the decision as to whether the death of Deputy Green was part of the res gestae of the felony driving will be up to the jury.

The connection in time is easy to make. Deputy Green was starting to pursue while the ongoing crime of felony driving suspended was ongoing. Continuity of action and being part of the same criminal enterprise are also fairly simple to show. Walker was attempting to escape from police and while he was trying to escape was continuing his felonious driving. Distance is the one element which might be somewhat harder to prove. In most of the cases I looked thru the homicide is something within an immediately proximate zone. For instance the ones involving vehicles seem to all be about the driver wrecking into someone and causing a death. Nevertheless, this is not the type of felony which is a close up felony. If someone is fleeing down country roads in a rural county at 100 mph the range of effect is going to be much larger than a mugging. An objective person would understand that felonious driving and fleeing will cause officers to converge from other roads and do so at a high rate of speed in order to intercept or pursue - clearly endangering their lives. Thus the distance which would be considered "close" in this felony driving charge is going to be much larger than in most felonies. Clearly, the Deputy was within the range of those reacting to the crime and flight.

The res gestae satisfied about the only thing left to show is mens rea. Under the statute this is satisfied if the defendant acted in a manner which demonstrates "extreme recklessness demonstrating total indifference to human life." Cotton v. Commonwealth. Driving in a rural county, at night, at 100 mph with deputies in pursuit fulfills that nicely.

This is an interesting case. I look forward to reading how it turns out.
Author: Ken Lammers on 11/14/2006
Email ThisBlogThis!Share to TwitterShare to FacebookShare to Pinterest

Nicely done. I hope Bob reads this; you’ve done half the work for him. The only question I would have is whether Deputy Greens belated entry into the chase will have any effect on the continuity element of the res gestae because it was not apart of the ‘continuity of action.’ In other words, was his late decision to pursue and subsequent crash too delayed to be considered apart of the chain in time? Further, was the late decision to enter the chase a factor in the crash?

NOW YOU HAVE A SIMILIAR CASE IN BEDFORD COUNTY. THE ONLY QUESTION IN THIS CASE IS WHAT WAS THE DEPUTY DOING THAT PLACED HIM IN BEDFORD COUNTY (OUTSIDE HIS JURISDICTION) WHILE ON DUTY TO BEGIN WITH.... AS HIS DIRECTION OF TRAVEL IS QUESTIONABLE? AND IF THERE WERE ADEQUATE OFFICERS IN PURSUIT (TWO CAMPBELL COUNTY CARS, TWO BEDFORD COUNTY CARS, AND ONE STATE POLICE) WHAT WAS THE REASONING IN ADDING ANOTHER???? IT IS MY UNDERSTANDING THAT THE CULPABILITY IS ON THE OFFICER AND EVIDENCE TO PROVE THIS CAN BE FOUND AT THE ACADEMY OR SCHOOL HE ATTENDED AS OFFICERS ARE TRAINED THAT THE SPEED MAY BE EXCEEDED EXCEPT WHERE LIFE, LIMB OR PUBLIC SAFETY ARE PLACED IN SUBSTANTIAL RISK. THE GEOGRAPHICS AND TOPOGRAPHICS OF THE ROAD THIS DEPUTY TRAVELED SHOWS HE NOT ONLY PLACED HIMSELF AT RISK FOR LOSE OF LIFE, LIMB, BUT THE PUBLIC AS A WHOLE. SOLDIERS RECEIEVE THE SAME TRAINING AND ARE HELD ACCOUNTABLE FOR EXCEEDING THE STANDARDS ESTABLISHED, WHY NOT THE POLICE? WHAT IF THE OFFICER HAD HIT A CHILD? WOULD WE BLAME THE ACCUSED AND CHARGE HER FOR THAT DEATH TOO? THIS IS NO DIFFERENT THAN AN OFFICER USING EXCESSSIVE FORCE WITHOUT JUSTIFICATION OR PROBABLE CAUSE... IF THE OFFICER DOES SO AND IS INJURED IN THE PROCESS THE ACCUSED CANNOT BE HELD ACCOUNTABLE TO WHAT SURMOUNTS TO SELF DEFENSE.