Why Aren't I a Law Professor? 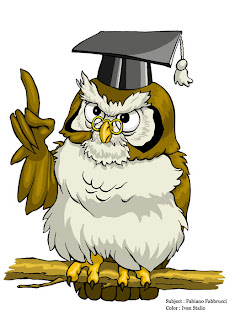 I got asked yesterday for about the 900th time, "Why aren't you a law professor?" After all, I've been commenting on law and criminal practice since 2003 on CrimLaw, I've had a couple articles published, and I'm the guy who goes around our Circuit lecturing other lawyers about changes in case law and statutes. The next logical step would to become a law professor.

OK. Well the first (and primary) reason that I have to admit to is, well, nobody has asked. I mean, I know I'd be an awesome professor; you know I'd be a stupendous professor. The problem is that nobody out there hiring knows it. It's a terrible oversight on their part and shakes my confidence in the omniscience of law school deans, but it is a fact.

The second reason is that, while I love research and teaching would be great, I've always been drawn toward the practical. I like mixing it up at the office and in the courtroom. I have seen professors who do some practical work. At Washington & Lee Law, Professor Groot did an excellent job of teaching and worked on death penalty cases. However, I wonder whether a new professor would have the latitude that a well established, significant professor does.

If I was offered a position teaching criminal law, procedure, evidence, &cetera I'd have to give it very serious consideration (great, now I'm giving my Boss ideas on how to get rid of me). It would be a great adventure (and I hear the pay is good), but right now I just don't see myself flooding every law school from here to Oregon with copies of my resume. So, don't get your hopes up too high defense attorneys, I think you're stuck with me for the foreseeable future. ;-)
Author: Ken Lammers on 9/26/2011
Email ThisBlogThis!Share to TwitterShare to FacebookShare to Pinterest

Another explanation could have something to do with those interesting movies made during your wayward youth.

I think I've managed to get every last copy of those movies. Thankfully, in my wayward youth there were only 8mm and VCR.

Admittedly speaking in broad generalities, but it strikes me that going into teaching now should be sufficient to warrant someone's committal to a state hospital. Law students, a bit psychotic in general at the best of times, are facing a pretty dismal employment outlook. The hardscrabble fight to get a job after graduation (let alone a job in the legal profession) has made students even more nuts. And with the piratical tuition charged by the schools, the students likely expect professors to be on on call something close to 24/7. Finally, recall if you can, what you were like in your first year; you were likely a walking mass of insecurities and anxieties on good days. And if the students aren't enough to scare you away from the academic podium, your teaching colleagues will easily drive you over the edge (eg, the affair of the criminal law professor at Widener Law).

After I retired following 27 years as a prosecutor representing the State in the state appellate court, I considered teaching legal writing at a nearby law school. But after I considered what the academic experience would likely be for me, I put the idea out of my head. Even a salary of $85-90,000 for teaching a full year of legal writing didn't change my mind (and I could use the money to remodel part of the house). So, for whatever it's worth, not teaching is the right decision....