The Measure of a New Criminal Law 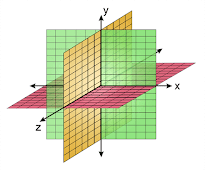 This overrules a Virginia Supreme Court decision that rejected this as an obvious call to jury nullification. Those against this law point toward that conclusion. Those in favor tend to avert their eyes, grin, and assert that the second part of that sentence is for real and not a rice paper thin excuse. And then there are the truly dedicated superprosecutors who tell me I'm an idiot, rub their hands together, get malicious grins, and start muttering something about "whitherspooning" - not that I have the vaguest idea what they're talking about (some of you guys are slightly scary - and you, the guy in the back from Pitcairn County, stop cackling - no cackling is allowed on the blog).
Anyway, I rate this part of the statute § 19.2-262.01 (D5,D3,R3).
[D5] You can't get much more democratic than to give information to a jury that has nothing to do with actual guilt or innocence and allow them to have it to nullify if they disagree with the punishment assigned the crime.
[D3] Despite the joke above, does anyone actually believe that a judge will allow extensive whitherspooning in a theft case or a DUI? This will play out most often in the defense's favor in the form of jury nullification.
[R3] Order would call for the determination of innocence or guilt to be decided without any collateral issues coloring the decision. Telling the potential sentence introduces a factor that will either be neutral or break in favor of the defendant that has nothing to do with whether the defendant committed the crime of which she was accused. It's not exactly a constitutional right, but it is a statutory right awarded to the defendant by the General Assembly.
-------------
Next, I'll try to find enough time to do this in future posts for the proposed statutes of the August session of the Virginia General Assembly.
[addendum] I changed from a positive/negative system to the way it is above to avoid any implications of value judgment in the use of negative number.
G
M
T
Text-to-speech function is limited to 200 characters
Author: Ken Lammers on 7/29/2020
Email ThisBlogThis!Share to TwitterShare to FacebookShare to Pinterest