Rape by Lie in the United States 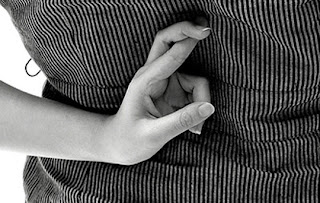 The videos yesterday made the claim that in the United States there are laws in some States similar to the rape by deceit charge in Israel. I did a bit of hunting to see if this was true.

To begin, I looked in Virginia. The Virginia rape statute has the basic three conditions which traditionally make up rape

No rape by fraud there.

I dug around in some other States and found rape by fraud in Tennessee.

(a) Rape is unlawful sexual penetration of a victim by the defendant or of the defendant by a victim accompanied by any of the following circumstances:

(4) The sexual penetration is accomplished by fraud.

I also found a limited version of this in California.

261. (a) Rape is an act of sexual intercourse accomplished with a person not the spouse of the perpetrator, under any of the following circumstances:

(5) Where a person submits under the belief that the person committing the act is the victim's spouse, and this belief is induced by any artifice, pretense, or concealment practiced by the accused, with intent to induce the belief.

New York has a statute which seems to follow the same legal model.

To address these in reverse order of presentation, the New York law seems to be limited (defined down) by the courts.

The legislation was designed to address the so-called date rape or acquaintance rape situations where there might be consent to various acts leading up to the sexual act, but at the time of the act, the victim clearly says no or otherwise expresses a lack of consent, and a reasonable person in the actor's situation would understand that the victim was expressing a lack of consent

So, it doesn't seem to cover rape by fraud.

The California statute seems to be a remnant from a legal thread which used to be part of the law in many States. I saw references to former laws in Arizona and North Carolina which had the same thing. Apparently, there was a big problem in times gone by with men trying to convince women that they were their husbands in order to have sex with them.

The Tennessee statute is the one which is the most straight forward as a rape by fraud statute. However, there only seem to be two cases where the appellate courts address this. In each, the type of fraud is similar to that which is in the the older legal thread. In each, the lie told was such that the person having sex thought they were having sex with an entirely different physical person than the one with whom they were actually having sex with. In State v. Mitchell, 1999, C.C.A. No. 01C01-9612-CR-00502, a man convinced women he was their boyfriend and that he had a fantasy that they would have sex while she was blindfolded. In State v. Brigman, 2003, C.C.A. No. M2002-00461-CCA-R3-CD, a man convinced young men that if they were blindfolded a woman would come and perform oral sex on the young male, but did it himself. Both of these seem to indicate that conviction for rape by fraud is a difficult case to prosecute which would only occur in incredibly unusual situations.
Author: Ken Lammers on 10/03/2011
Email ThisBlogThis!Share to TwitterShare to FacebookShare to Pinterest

NY law was changed because of the decision in People v. Marty Evans.

The defendant, Marty "The Snowman" Evans, was represented by my old partner, Howie Meyer.

I saw the Evans case previously, but did not realize it was the reason the law had changed. In fact, I'm not exactly sure how it has. Where do you see the line drawn in actual cases?

The Israeli case in question actually involved forcible rape. The charge was reduced in order to spare the victim from the trauma of testifying. See: http://www.mideastyouth.com/2010/09/05/israel-rape-by-deception-turns-out-to-be-brutal-rape-of-a-vulnerable-and-abused-woman/

I REALLY wish I could find more about this. I had been wishing some time ago that there was such a thing as rape by fraud, but could find no such thing. I saw an old episode of Ally McBeal on it from the 90's and started digging again and have been reading the penal code ever since.

But it's still not really clear to me WHAT rape by fraud IS. Is it limited to someone who manipulates their position, or someone who impersonates ONLY as the victim's spouse? Or can it be expanded beyond that? Some articles I have read had asked the same questions I am asking but none seem to answer it.

If someone lies completely and totally about their identity: name, background, marital status, parental status, job, and life story, for the purpose of coercing someone into intercourse... Is that rape by fraud? Or is the CPC definition too narrow?

I should have stayed in school longer.

I was vicitimized by such a predator. He lied about his age, religion, marital status, education, military service.... everything. I didn't know for 4 years.

I married him and have a son. I struggled for many years with the aftermath of the problems he caused me, not knowing it was a form of rape. I only began to understand it as such through recent therapy. I can't begin to explain how horrilby defiled I feel.

Making matters worse, he abandoned his child. He had kidnapped my step children and left the country (the day after he impregnated me,)which put the fear of God in me that he could do so with my son if I opposed him. He was originally from Argentina, where laws are based on chattel. For that reason, it took 17 years to divorce him.

I struggled to support my child unaided. When my son grew up, he found his mega-wealthy father, who began feeding him money. My son had emotional issues resulting from abandonment and his father convinced him it was all my fault, I wanted to be a victim.

So on top of the nightmare of rape and the decimation of my finances, he has alienated the son I cherish. Three years ago, he told me he hates me and never wants to see me again. I'm tormented and can barely function.

Please let me know if there is any law in NY State, or any attorney, who can help me.