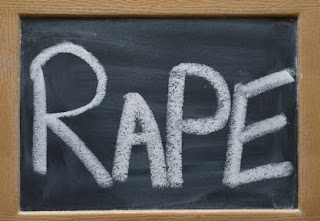 Last week I was wandering around the web when I ran across a meme from about a year ago in which people went nuts over a rape conviction in Israel. The reason everyone was up in arms was because the circumstances were such that most people would not think of it as rape.

A woman and man met. She was Isreali and he said he was too. They had sex. Later, she found out that he was actually Palestinian (and married). Based on his lie about his ethnicity, he was convicted of rape.

As you might imagine, the Internet was filled with cries of outrage and disdain. Here are three YT videos commenting on this conviction. The first is outrage, the second makes fun of the decision, and the third attempts to justify it.

Author: Ken Lammers on 10/02/2011
Email ThisBlogThis!Share to TwitterShare to FacebookShare to Pinterest