Rape by fraud is not a new crime. However, in the past it carried a different name: Seduction. It also had at least one extra condition.

To begin with, under the common law seduction was not a crime. 57 Corpus Juris: Seduction 150. However, apparently a great number of states found this intolerable under certain circumstances and passed statutes making it into one. 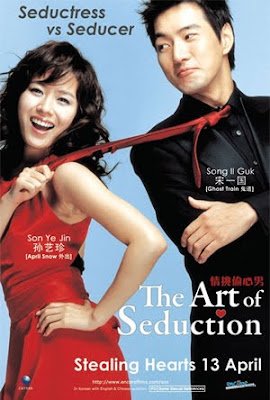 While the actual crime varied from state to state (depending on how the statute was written), there were basically three elements to seduction. First, the victim had to be female. Second, the woman must have been of chaste character when convinced to have sex. Chaste character basically meant that the woman had never voluntarily had sex out of wedlock. Seduction 162. The third element of the crime of seduction was the use of "artifice,deception, flattery, promise, or like inducement" in order to gain the confidence of the woman in order to get her to submit to the seducer. Seduction 155. The deception which seems to have been most common? A promise to marry her.

So, why does this crime no longer exist in any statutory scheme? I believe the primary reason for this is fairly obvious: the changing role and perceptions of women in society. At a primordial level, the crime of seduction is based in a patriarchal worldview in which women are seen as a form of property. Under this system, the value of that property was perceived to change drastically after it has been despoiled. To state this in a more crass analogy, we all know that a new car loses a great deal of its value once it's driven off the lot. Basically, the crime of seduction reduced the value of the woman to both the seller (her father) and to any potential buyers (husbands) .

Of course, this kind of primitive thought has been non-viable for quite some time in the U.S. However, it does not seem like the courts and legislatures were ready to abandon the framework entirely. Instead, the gloss put on seduction was to shift the parties so that the seller became the woman herself rather than her father. Thus, she has an interest in preserving the value in herself of her chastity so that she could offer it as a boon only available to the eventual buyer (husband). The cases which probably indicate this gloss most clearly are those declaring that a divorced woman was just as chaste as a woman who had never been married.

In the end, all of this went away. The worldview that saw a woman's primary purpose in life as getting married and one of her major bargaining chips toward that goal as her chastity seems consigned to the ash heap of history. With it went the crime of seduction. In its stead, the general common law rule of caveat emptor has reasserted itself (for both sexes). This is probably best expressed in People v. Evans, 1975,379 N.Y.S.2d 912:


Seduction, on the other hand, may be freely indulged in by both sexes. It involves allurement, enticement, or persuasion, to overcome initial unwillingness or resistance. Its ends may be achieved by fair means or foul, but seduction eschews the crudities of force and threats.

Of course, Scott pointed out to me in the previous post that the law in New York changed because of this case, but it's still a valid explanation of the state of the common law for those of us in states which have not adopted some sort of rape by lie statute.
Author: Ken Lammers on 10/12/2011
Email ThisBlogThis!Share to TwitterShare to FacebookShare to Pinterest