Cracks in the Mosaic Theory: Why it doesn't work 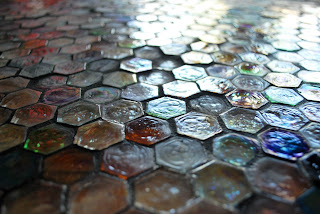 I don't know who first thought this idea up, but Orin Kerr seems to name it in this law review article.  He describes it as law enforcement doing every search or seizure step constitutionally and the result as a whole still being unconstitutional. This would be a departure from the normal mode of search and seizure analysis because in the normal mode if every search or seizure step is constitutional the result as a whole is constitutional.  It is worth noting that the mosaic theory is not a theory which has roots in a controlling Supreme Court decision.

The best way that I have come up with to describe the current method of constitutional analysis is a simple mathematical equation. Every search or seizure in the entire equation is assigned a "1" if constitutional or a "0" if unconstitutional. The equation proceeds as follows.

What both the traffic stop and the Jones concurrences point to is the fact that there are a number of factors in each of the search and seizure events which comprise the entirety. In other words, the model is actually something like this:

Applying this to a traffic stop, we'll say A is the seizure of the vehicle and its passengers, B is the search of the vehicle, and C is the search of the driver's person. Since everything in B and C is fine we'll concentrate on A.  Let's say the sub-elements in A are (1) reason for stop, (2) behavior during the stop, and (3) length of the stop. The reason for the stop is valid (speeding).  The officer's behavior during the stop is polite and concentrates on the ticket. In the first model the officer releases the car and driver after a 15 minute stop. In the second model the officer sits in his car with the driver's license for 55 minutes until a drug dog shows up and is run past the vehicle (40 minutes longer than the ticketing process takes).  This aggregation of time is unconstitutional and therefore the seizure of the vehicle and passengers is unconstitutional and therefore the ENTIRETY is unconstitutional.

The mosaic theorists claim the aggregation as the entirety and in one sense they are right. It is the entirety in that if it fails the entirety fails too. However, this is true of every constitutionally significant issue and sub-element of that issue. Stating that one sub-element is the whole is nonsensical. To consider it in reverse, if the traffic stop does not aggregate to the point that the seizure of the vehicle and passengers is unconstitutional and therefore A=1, this does not mean that B=1 or C=1.

The mosaic theory is badly flawed. However, aggregation analysis will become more and more important in the modern world.  To base 4th Amendment analysis on whether something can be viewed by the world at large is becoming an increasingly poor way to frame things in a world where the phone in your pocket identifies where you are 24 hours a day, your ISP can track your internet activity, and you are required by law to hand over information about yourself to the government and private industry. Unless courts are going to find that the putative "reasonable person" is a guy living in a cabin in the Rockies hand typing his libertarian manifesto, in short order any "reasonable person" will be observable for the vast majority of his life. We must adjust; we just need a better model than the mosaic theory.

Author: Ken Lammers on 6/24/2012
Email ThisBlogThis!Share to TwitterShare to FacebookShare to Pinterest