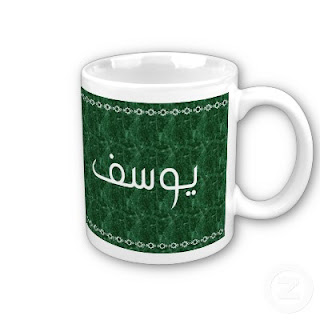 Yusif watched his boss leaving the courthouse at a clip. The man had barely stood still long enough to hear half of Yusif's story before telling him to tell Captain Sanger about it and continuing on his way. There was no telling where he was heading, but at least he did not seem to be acting out of anger.  Yusif figured that was a good sign.

He continued up to his office. Once there, he tried to call Captain Sanger's cell number and got voice-mail.  That could mean the Chief  Investigator was already at lunch or it could mean the deputy was in the eighty percent of the county without cell phone reception.  There were only four places in Bartlette County where cell phones would usually work: the three towns and Yared State Penitentiary.   In any event, Yusif put a note on his computer to call Sanger that afternoon.

By then it was noon and he started his regular lunch ritual.  He reached behind the phone on his desk and walked over to shut the door to the office.  As he reached the door he saw Maggie walking up the stairs toward his office.  She saw him too.

"Just about to lock yourself into your Fortress of Solitude, Yusif?"

Backing up a couple steps Yusif gestured for Maggie to come in, but she stopped at the door. When she paused for a second he spoke. "You know how it is Maggie.  If I don't lock myself away I'll never be able to get enough time to eat my sandwich and call my evil minions."

She smiled a little at his reference to an ongoing joke which had sprung from how suspicious people had been when an Arab-American moved to Bartlette, but she did not join in this time.  Instead, she asked if he had seen Brad.

"Last I saw, he was leaving the courthouse, moving fast.  He must have had a meeting or something. Didn't he call you?"

"He left without his cell phone." Maggie dug around in her purse and then handed a phone to Yusif. "Make sure he gets this, would you?"

Yusif took the phone. "Sure, Maggie.  I'll be in court after lunch, but I'll give it to Paula. She'll make sure he gets it."

"I'd appreciate it if you'd give it to him yourself."  She stood there looking at him until he spoke.

"The thing is, he's mad at me for not coming to your party last night.  I think it's best if I leave him alone for a while."

Maggie turned to walk away, speaking back to him over her shoulder.  "Yusif, you've been his best friend since law school. He may be angry, but it's not about you missing a party for Father Tolton.  I can pretty much guarantee that. Just do me a favor and make sure you hand him the phone yourself."

Then she was gone and Yusif was left standing there holding the phone.  He stuck it in a pocket and closed the office door, locking it.  Then he went back to his desk and pulled out the two ham and cheese sandwiches he packed this morning. He had about forty minutes left before he had to be back in court to watch Judge Fleming do his next batch of dismissals.

"Hey Joseph, I got your message. What's up?"

The man on the other end of the phone did not bother with an introduction. Jeff Sanger was the only person who called him Joseph.  The chief of investigations could not pronounce Yusif's actual name correctly. He had tried for months and butchered it every time.  The mixture of mountain accent with Arabic pronunciation would not work for Jeff. When he found out that Yusif was the Arabic version of Joseph he immediately switched to the English pronunciation and never looked back.  Yusif found this annoying; after all, if his parents wanted to name him Joseph they would have done so when he was born. However, Jeff was a decent sort and there was nothing to be gained by forcing him to continue butchering Yusif's name so he did his best to ignore it.

"Hey, Jeff. I had something weird happen today and the boss wanted me to call you about it."

"Wait a sec. Let me get a pen and some paper."  Yusif could hear scrabbling through items in the car which had become the Captain's de facto office since the Sheriff's Office burned to the ground. "Okay, got 'em.  Is this something to do with ambush?"

"Truth be told, I don't know, Jeff.  I think it probably does, but the conversation never got that far.  Some guy claiming to be a lawyer showed up this morning and insisted on talking to me in private.  Wouldn't even go up to my office, so we ended up in the law library."

Yusif paused to give Jeff a chance to write that down and the investigator filled the silence with questions.

"What was his name? What law firm was he with? And where's the law library?"

"He wouldn't identify himself at all.  He wasn't from around here though. His hair was a little too fancy and he looked like he was dressing down to blend in with the little people.  The law library's that room on the first floor of the courthouse with the big oak table."

Yusif waited a couple of seconds then went on.

"Anyway, this guy asked me to promise not to tell Brad or anyone in the Sheriff's Department about our conversation.  When I refused, he left.  He drove off in a red lexus; I couldn't get the whole plate, but it was one of those with a seal in the middle and three numbers on both sides. I'm pretty sure the last three were 'ESQ.'"

Jeff asked a few more questions about what the man and his car looked like then he finished the conversation.  "Right. I think that's about everything I need.  I should be able to locate this man and send someone to talk to him.  If all else fails, I guess we subpoena his client list and that should give us whoever it is we need to talk to."

Yusif hung up the phone sure that this puzzle would be figured out in the fullness of time.  Captain Sanger was not the smartest man Yusif had ever met, but he was perhaps the most thorough.  He would not have brilliant Sherlock Holmes style insights.  Instead, he would steadfastly hunt down every lead and doggedly pursue any suspect.  He might not solve every case, but every bit of evidence which could be found would be.

With that finished, Yusif turned to the docket for Thursday's Juvenile and Domestic Relations Court.  He had the rest of the day to figure out how he was going to keep Judge Mullins from following Judge Fleming's example and throwing all the cases involving minors and domestic abuse out because the original paperwork was destroyed.
Author: Ken Lammers on 11/27/2012
Email ThisBlogThis!Share to TwitterShare to FacebookShare to Pinterest