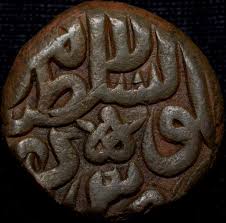 I really don't. Because I don't have any to give.

Interesting non-legal fact of the day. "I don't give a dam" doesn't have anything to do with eternal damnation of a soul. It's about an extremely low worth copper coin out of India called a dam (see the pic). It's about the same as saying "I don't give a half-penny." (Which would also be hard to do since the US stopped making half-penny coins before the War Between the States)

And still it makes so much more sense than it does if it's about damnation.
Author: Ken Lammers on 3/08/2020
Email ThisBlogThis!Share to TwitterShare to FacebookShare to Pinterest