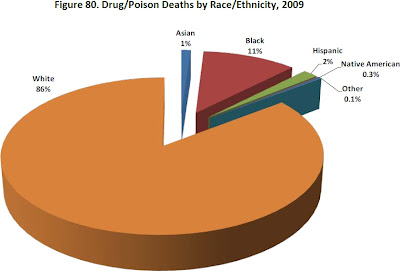 Of course in pure numbers the large majority of overdose deaths are Whites. 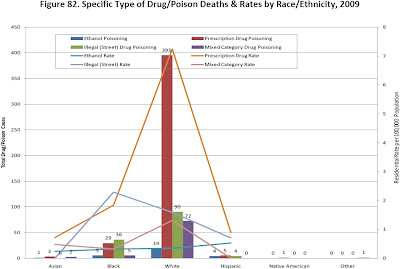 Note that among Whites the highest number of overdose deaths come from prescription drugs. It is over 4 times the amount of deaths from always illegal drugs.
Author: Ken Lammers on 8/29/2011
Email ThisBlogThis!Share to TwitterShare to FacebookShare to Pinterest