I'm tired of seeing people trying to take advantage of the current medical situation. We've all seen it. An example pertinent to the lives of the criminal attorneys has been the attempts of convicts to get out of their already imposed sentences because of SARS CoV-2/COVID-19/Coronavirus. Not because the disease is in whichever jail or prison they are in - just because the disease exists.

And the attempts are happening outside the criminal justice system too. Here's one where a law professor wants to do away with Bar exams in general and is using the disease as an excuse. He wants everyone who graduates from law school to be able to practice (I guess everywhere?). This has been something law professors and schools have floated in recent times and maybe further back, but it only came to my attention over the last couple years. Why do they want to do away with the Bar exams? 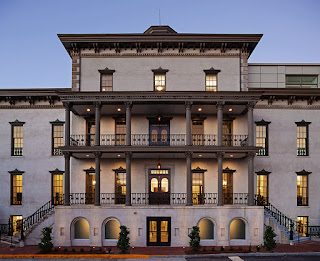 Because law schools and law professors are not, as a whole, fans of the Bar exam. Why not? Because it's the only true metric in measuring the kind of student they're graduating. Sure, a top-five law school might be counted on to graduate potential top tier lawyers, but that's a function of their ability to pick and choose exceptional students for whom law school provides little improvement in their chances of passing the Bar exam. Somewhere near 100% of those students could probably take a bar prep course and pass. But what about schools farther back in the pack? The Bar exam and the Bar exam alone is the only way to see how a law school is doing. If the number of graduates from a particular school passing the Bar is too low it loses its accreditation with the ABA (possibly the only worthwhile thing the ABA does) and once that's gone the school is done.

So once you're not looking at Harvard or Yale, Bar passage rate is the important delineator between a good law school and a bad one. Law schools further down the rankings will take a certain amount of students who are marginal when it comes to passing the Bar. How well does that school handle this? Does it concentrate on making sure its students understand basic areas of the law and reinforce that understanding? Or does it push courses concentrating on Literary Critiques of Supreme Court Decisions and the Law According to Far Eastern Religions? The former is very important; the latter would probably be more fun. And you think a law professor who's been teaching Contracts and Property for the last thirteen years wouldn't like to do something more interesting than explaining the doctrine that "and" and "or" can be interchangeable in certain contexts for the 57 thousandth time to students who can't grasp that it's not an all or nothing proposition the first ten times he explains it? If it has to get students past the Bar you are more likely to see the former and graduate students who have a clue when they start practicing instead of students who can discuss exactly and in detail what Shakespeare meant by "First we kill all the lawyers" but couldn't define a larceny to save their lives. Law schools and professors would rather they didn't have to do the boring stuff, or at least not be required to do it well, and the only way they're let off the hook for that is if there is no standard. And the only way there's no standard is if there's no Bar exam.

And, let's face it, law schools are entirely unnecessary. They are a profit center for universities which don't provide much for a student. There were two prior models which worked just as well and didn't economically punish the student nearly as much for wanting to practice law. At one time you could get an undergraduate law degree. I often see this called an LL.B, but I think US colleges may have been looser in their nomenclature. I've only met one person who did this and he was the founding partner at a law firm I interned with during law school. He said his undergraduate degree was called an LL.M, which in modern times would be a fairly useless master's degree offered after graduating law school. Anyway, there's no particular reason a law degree couldn't be gotten as an undergraduate degree with the same rigor applied before (LSAT) and after (Bar exam) except that schools make less money that way.

The second way can still be done in some States (including mine). That's "reading law" which is basically apprenticing with a lawyer for a certain amount of time and then being allowed to sit the Bar exam. I've known several people who've done this and practice law quite competently. We could fall back on this sort of system quite easily, although if I were to set it up as the primary method, I'd probably want an initial entry exam (say, you must get 80% on an LSAT) before you could start reading law so that it doesn't get abused and maybe a limit of an attorney only being able to apprentice a reader one at a time, three times in her life, and only once every five years. There's no reason this can't be done.

And yet, we're stuck with law schools.

And if we're stuck with them, there needs to be a metric to measure them by. The success of the students seems to be a pretty good standard.

Oh, and stop trying to turn a perceived disaster to your advantage.
Author: Ken Lammers on 4/10/2020
Email ThisBlogThis!Share to TwitterShare to FacebookShare to Pinterest