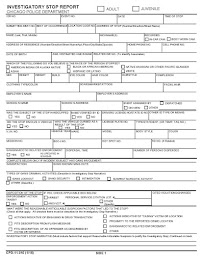 SB5021 - Would forbid police union contracts from having provisions about hiring, firing, or discipline.  Probably DOA.

Public employee unions have only been legal in Virginia for a couple years and they've not yet caught on. They are also the reason pointed at for many of the problems in Northern and Western cities and activists complain they stop rogue officers from being disciplined. Those who favor unions also tend to be those who want stricter controls on police. They will likely bury these bills in committee.

SB5030 - Requires the disciplinary record of any officer involved in any case to be made available to the Commonwealth Attorney.

Presumably this is to make prosecutors check the records and report anything which might be used against the officer to the defense so it can be brought up in front of the judge or jury. That's not practical in reality. Most prosecutors aren't going to check officers' disciplinary records unless there is a reason to believe a particular officer has been disciplined. A probable side effect of this law will be that nothing will be noted in an officer's disciplinary record unless it is so bad that the officer is going to be fired.

This isn't a bad idea per se and extra resources provided to a locality are a good thing as long as expectations are realistic. These programs don't reduce crime, they just provide extra resources for dealing with a situation. They also cost money and that's probably the greatest impediment to this bill. It will either not pass or be passed with insufficient funding and staffing.

SB5014 - Requires crisis intervention team training for officers (training in dealing with those having mental issues).

Not a bad idea as long as it is not just something imposed on law enforcement and done by repetition and rote every year so that on years 4, 5, 6, and 7 it's substantively the same as it was in year 1 and provides no actual benefit as it gets tuned out.

(1) Bans law enforcement from taking free military equipment being given away by the federal government.

For years now, the military has been dumping this equipment on police departments who take the gift and then have 5 military vehicles sitting in the back lot rotting away. In general, I'm okay with departments not getting any more of these.

(2) Requires officers to get training in de-escalation techniques.

Because this isn't happening already? Why do I get the feeling that there are members of the General Assembly who think officers approach every situation immediately shooting from the hip and screaming "Let God sort them out!"

(4) Police departments (not sheriffs) can't get state funds if they don't turn in paperwork having to do with tracking biases, engage in biases, or take equipment from the US military.

(5) A law enforcement agency can't hire someone unless it has done a background check on her employment at any other agencies.

(6) Requires local law enforcement to report to Richmond if an officer is fired or quits because she violated laws or policies. It also requires this if an officer is merely placed on a Brady list.

That last is interesting considering that a prosecutor who maintains a Brady list will now be harming the officers' certification without due process.

I don't have any particular problem with this. Note that it does not apply to sheriffs - probably because they already have a citizen review board (the voters). This brings more democratic accountability to police departments. It would be interesting to see how many mayors and city councils would cede this power to a citizen board.

SB5044 - Sets the time period for investigation of a citizen complaint to that of an outside accreditation agency.

Not sure what the time frame is because the proposed statute doesn't say.

Author: Ken Lammers on 8/18/2020
Email ThisBlogThis!Share to TwitterShare to FacebookShare to Pinterest