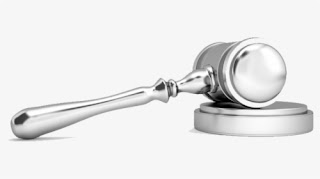 SB5030 -  Unless a judge allows a variance, search warrants would be served during the day after the officers announce their presence and purpose. If the officers do the search at night or without the knock and announce (and do not have judicial approval for the variance) then the evidence is not admissible in court.

SB5013 - Would allow marijuana citations to be prepaid.

SB5033 - (1) Would first define the "good cause shown" needed for a nolle prosequi , but do so in such vague terms that just about anything could be argued to for under it (or against). Wouldn't change much. (2) Would codify the taking of cases under advisement, but would require prosecution agreement. Currently, a judge can do it without approval from a prosecutor and changing that may not be constitutional as Starrs says it is an inherent power of the judge rooted in the constitution.

SB5007 - Beyond the attempt to dismantle jury sentencing mentioned previously this bill contains a couple other provisions:

(1) If a jury hangs and a mistrial is declared the defendant would not be retried on any of the unresolved charges.

Don't like dynamite charges now? Wait until this goes into effect. Judges won't let jurors go until they resolve everything no matter how deadlocked they think they are. Actually, I don't have a problem with an end being declared at some point, but perhaps it should be after two juries deadlocked so that one rogue juror (or corrupted juror) cannot spike a trial because "the defendant's a Gemini; Gemini would never do this sort of thing; I don't care what the seven nuns testified to." Or, perhaps the judge could ask the numerical breakdown of the deadlock and if more than three are for a not guilty finding declare a permanent mistrial.

(2) Prosecutors would not be able to demand a jury during a declared emergency. As discussed in the last post, this is most likely not constitutional.

Nothing particularly troublesome there.

While the mandatory minimums serve a purpose in some crimes, they did get expanded too far. It's a shame they're taking a nuke 'em all approach instead of trying to address this in a more nuanced manner.