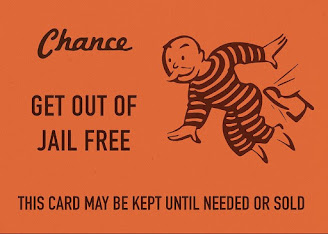 Members of the General Assembly want to bring the parole monster back to life.

HB5015 - The mildest of the proposed parole bills, it requires the parole board to contact the victim (not just make an effort) and allows a victim to testify before the parole board virtually.

SB5018 & SB5034 (Elitist~3, Defense~3, Rights~4) - This allows inmates who are "terminally ill" or "permanently physically disabled" to get parole with no requirement that they have served a certain amount of time or be of a certain age. It comes from a good place in that it lets people out who are in a bad way if they can get past the parole board (which will presumably stop bad offenders from getting out). It will also be subject to all sorts of gamesmanship.

SB5016 - Turns parole back on and makes it available to all persons sentenced when it was not available. This is full on taking away sentencing as it was done by the people through juries and as it was promised to the people; we will have been lying to sentencing juries for 20 years because we have told them their sentence would not be subject to parole. It is removing sentencing from the jurors and judges and vesting it in a sentencing bureaucracy.

Parole was abolished in Virginia in 1995. There were good reasons to do this. Not that I want to adopt the old political slogan, but its corollary is true: under the parole system courts lied to victims and citizens. Ten years didn't mean ten years. It meant whatever the parole board decided it meant under guidelines both statutory and self created. I've been told stories from prior to 1995 of defendants getting misdemeanor, non-parole convictions because it was accepted that they would serve more time on them than felonies. There was no final sentencing hearing, only a string of potential end of sentences so that the victims would never have finality and be forced to relive the experience every time the guilty party came back before the parole board. It also creates a perverse incentive for the guilty party to keep contacting the victim in attempts to win her over or to engage in worse activities so that the victim stopped being an obstacle to his freedom. Parole is a bad idea that benefits no one but the guilty and those who want to save money by emptying prisons.

That's such a bad law, imposing from above a serious cut in sentencing that is contrary to the judge's sentence and/or the democratic will expressed in a jury's sentence, that I have to wonder if it's not an attempt to offer a really, truly horrendous law in order to get the merely very bad parole law passed.

Keep your calculators close folks. If they pass either of these statutes we're all going to become junior accountants as we figure out what has to be imposed to get the actual sentence which should be served. One wonders if the sentencing guidelines, already adjusted to be about where parole would have put someone prior to 1995, will be adjusted upwards to reflect the re-imposition of parole. Logic would dictate that it should.

Author: Ken Lammers on 8/16/2020
Email ThisBlogThis!Share to TwitterShare to FacebookShare to Pinterest