Back when men of character roamed the Earth:

"Evidence of larceny involves the perpetrator’s character for truth, and stealing is a crime of that character which men generally are not found to commit unless when so depraved as to render it extremely probable that he will not speak the truth." 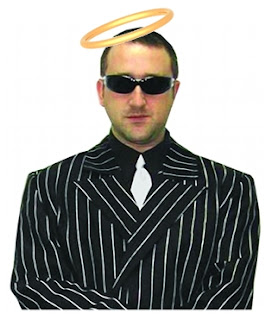 This is the rationale, dating from the early 1900's, behind allowing a defendant to parade 20 people in front of a jury who don't know anything about the facts of the larceny case, but who all testify that "Yeah, yeah. Rat Face Louie, he ain't never told a lie to no one, ya see."

Of course, the witnesses are only actually supposed to testify about the defendant's reputation in the community. Talking about specific instances of behavior or about the witness' personal opinion about the defendant is forbidden. Still, when the witnesses include the defendant's mother, father, 2 brothers, sister, 3 guys on his bowling team, etc. etc. etc. one begins to suspect that no matter how much they swear that they are only testifying about community reputation, they might, maybe, perhaps be allowing their personal opinions, sense of loyalty and desire to keep Bob out of jail color their testimony (I mean, for goodness sake, he bowls a 234 average. If Bob goes to jail the league championship is blown).
Author: Ken Lammers on 10/28/2010
Email ThisBlogThis!Share to TwitterShare to FacebookShare to Pinterest