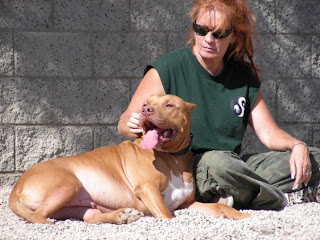 It's an interesting enough show, but they spent half the show going to court in Las Vegas trying to get a bond hearing for the main protaganist's husband. They got shifted through four different judges and spent an entire day in court before the hearing got continued to a different day. The main problem is that they kept estimating the time for the bond hearing to be two hours . . . three hours . . . four hours (it seemed to increase as the day went on).

Good gracious. A bond hearing in Virginia takes an hour, at the very most. What the heck do ya'll in them there other states do during a bond hearing? Translate every question into Latin and the answers into Greek? I mean, how long can it take to call the defendant's Mom to say he's a good kid who shouldn't be held responsible because he has ADHD, have the prosecutor point out the defendant has been convicted of 7 prior felonies, and hear the judge say yes or no?
Author: Ken Lammers on 10/30/2010
Email ThisBlogThis!Share to TwitterShare to FacebookShare to Pinterest