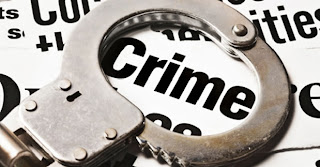 Having said yesterday that I wish we would cherry pick the intent section from the Model Penal Code (MPC), let me not leave you with the impression that it is perfect. Specifically, there is a difficulty in that jurors have been shown to have trouble distinguishing between knowing acts and reckless acts. This is not terribly hard to understand.

(c) Recklessly.
A person acts recklessly with respect to a material element of an offense when he consciously disregards a substantial and unjustifiable risk that the material element exists or will result from his conduct. The risk must be of such a nature and degree that, considering the nature and purpose of the actor's conduct and the circumstances known to him, its disregard involves a gross deviation from the standard of conduct that a law-abiding person would observe in the actor's situation.

Under "knowingly", (b)(i) is pretty straight forward; if it is illegal for a felon to knowingly possess a firearm and a felon knows he is possessing a firearm he satisfies that portion of the "knowingly" intent.

But, you say, what if the defendant knows he is doing something, but does not have the purpose of doing the crime? After all, someone could take Felon's wife hostage and require him to take a pistol and hide it. As well, Suspect going to jail could have been arrested with drugs secreted on her body and have it found after she is in jail and strip searched. In the first case, I would argue that Felon does purposefully possess, but that he has a powerful duress defense. In the second case, Suspect is faced with two possibilities and makes a choice: admit possession and get another charge before arriving at the jail or taking a chance that the drugs won't be found when she gets to jail. Either option is a purposeful act or omission. I am hard pressed to think of any crime where mere knowledge without a purposeful act or omission constitutes a convictable crime.

Thus, I would alter the MPC's intent section so that only Purposeful, Reckless and Negligent intents would constitute crimes. I would also add some language to the "Purposefully" section which would make it clear that both acts and omissions constitute purposeful acts and that doing or failing to do something with a knowledge that it will cause an illegal result is a purposeful act.
Author: Ken Lammers on 1/03/2012
Email ThisBlogThis!Share to TwitterShare to FacebookShare to Pinterest

over complicate ? It's one word, a hypen won't do, a space is a travesty.