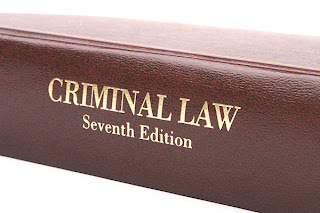 Back in the day, the good folks over at the American Legal Institute (ALI) decided that nobody was getting criminal law right. Although in other areas of the law the ALI had issued "Restatements", it wrote its own brand spanking new Model Penal Code (MPC). From the late 60's to the early 80's various States abandoned the common law and adopted large portions of the MPC.  I have seen a quote that claimed as many as 35 States have adopted the MPC, but I am skeptical of this because it listed Virginia as an adopter and Virginia very clearly remained a common law state; you don't cite or quote the MPC here.

In the end, the MPC has had - at best - mixed results. It was used by a number of States as a means to sheer off a lot of dead weight that had built up over the years, but failed to unify criminal law throughout the United States. The federal government probably has the most labyrinthian, byzantine, in need of fixing criminal code in the U.S.; it has never so much as given it the time of day to the MPC. The MPC has also been roundly criticized for not dealing with drug crimes, which has left even the States which adopted the MPC with a jumble of very different drug crimes. Lately, the ALI has chosen to abandon the attempt to write laws in connection with the reality on the ground and politicized the MPC when it voted to remove capital punishment in direct contravention of 2/3 of the States and the federal government. Generally, it begins to look more and more like the MPC's day has come and gone and that any changes to it are not going to be attempts to grapple with the realities of modern criminal law and punishment in an attempt to make them operate as best possible. Instead, it looks like it's headed to some politicized ideal which will never pass a State Legislature.

(a) Purposely.
A person acts purposely with respect to a material element of an offense when:
(i) if the element involves the nature of his conduct or a result thereof, it is his conscious object to engage in conduct of that nature or to cause such a result; and
(ii) if the element involves the attendant circumstances, he is aware of the existence of such circumstances or he believes or hopes that they exist.

(c) Recklessly.
A person acts recklessly with respect to a material element of an offense when he consciously disregards a substantial and unjustifiable risk that the material element exists or will result from his conduct. The risk must be of such a nature and degree that, considering the nature and purpose of the actor's conduct and the circumstances known to him, its disregard involves a gross deviation from the standard of conduct that a law-abiding person would observe in the actor's situation.

(d) Negligently.
A person acts negligently with respect to a material element of an offense when he should be aware of a substantial and unjustifiable risk that the material element exists or will result from his conduct. The risk must be of such a nature and degree that the actor's failure to perceive it, considering the nature and purpose of his conduct and the circumstances known to him, involves a gross deviation from the standard of care that a reasonable person would observe in the actor's situation.

(3) Culpability Required Unless Otherwise Provided. When the culpability sufficient to establish a material element of an offense is not prescribed by law, such element is established if a person acts purposely, knowingly or recklessly with respect thereto.

There's more to this section, but this is the most pertinent.

I've seen a lot of articles talking about this as the greatest innovation of the MPC and I tend to believe them. The common law is a disaster for intent in crime. There are general intents and specific intents and willfulness and wantoness and statutes and case law can require different formulations for each crime. Most disturbingly, our Virginia Appellate Courts have decided that the default for criminal statutes is strict liability. The MPC cuts through and corrects all that.

Personally, I don't think the MPC is politically viable in Virginia, but if we could only cherry pick one part of it, I'd want this one. Of course, it would cause a massive rewriting of all the other criminal statutes in Virginia to come in line, but I'd be willing to let some legislator's aide slave away doing that for the greater good of all. I'm sure she would understand and happily pitch in.
Author: Ken Lammers on 1/02/2012
Email ThisBlogThis!Share to TwitterShare to FacebookShare to Pinterest

I'm sure every State's legislature and courts have messed with this, but I have not done a survey to determine if any has followed it 100%. Sorry, my boss just won't give me the six month paid sabbatical to research the matter thoroughly. ;-)