The Year in Retrospect 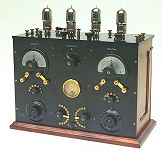 
I went back through the Blog and my personal memories trying to remember what the significant events of the past year have been in my criminal practice. Looking back it hasn't been the greatest year I've ever had; most of the memorable moments have been distressing. Still, here it is (in timeline order):

May 04 - The first thing that really sticks in my memory happened in May. My client was charged with malicious wounding but most of the damage had been done by his co-defendant. Client pushed the complaining witness, who fell forward and burnt his hands slightly on the edge of a bonfire. Co-defendant then jumped the complaining witness and beat him over the head with a beer bottle causing a number of cuts, lots of blood and a trip to the hospital. Both co-defendants were charged with malicious wounding (5-20 years).

Co-defendant's attorney asked for a jury trial. On the day of his trial my client was there for a continuance and the attorney for the co-defendant tried to talk me into taking my client to the jury with his. Realizing that a finding of guilt by the jury would have meant a sentence of five years minimum (juries cannot suspend time and judges rarely do after a jury trial) and that most of the really bad stuff would come in against the co-defendant, I decline. The next day I call the court on another matter and ask how co-defendant's trial turned out. The jury reduced it to a misdemeanor battery and sentenced him to a month (15 days to actually serve).

Later in the year my client had his charge reduced in his bench trial from malicious wounding to unlawful wounding but that was still a felony; he was sentenced to served three months. What seemed like a correct tactical decision led to the worse of the two offenders getting a lesser punishment.

May 04 - I win my first appellate case. It was an appeal by the prosecutor of evidence suppressed which the Virginia Court of Appeals dismissed out-of-hand, without even an oral argument.

August 04 - For the very first time I am quoted in a news article in the MSM. It's a comment about Blakely. Unfortunately, the article is no longer available but my explanation is here.

September 04 - A client gets 20+ years in federal court. The case has been a trainwreck from the beginning (up to and including the superceding indictment) and a few days after the trial a member of the family gives me an earful about how terrible a lawyer I am.

December 04 - After spending several months trying to get the prosecutor to drop the charge of releasing a noxious gas in public we end up arguing it at trial. For the life of me I still do not know why the prosecutor clung to this charge so tenaciously. It was about "Halt! Dog Repellent" and he even agreed to stipulate that it boiled at 212 Centigrade and released pungent fumes at 175 Fahrenheit. For goodness sake, the stuff sprays in a 12 foot stream. Anyway, by the end of the argument I had the judge solidly on my side.

Of course, it was a pyrrhic victory since Client was convicted of spraying this stuff at the officer (felony A&B up to five years). The judge's comment at the end was, "Mr. Smith, what you did was despicable but it was not a violation of this statute." We are waiting for the sentencing hearing.

December 04 - A judge finds my client guilty of not returning a rented car when my client was in jail and could not return the rented car.

21 December 2004 - After practicing for almost five years I get my first ever letter from the Bar labeled "Personal and Confidential." I spend the next week digging through 2+ year old files and trying to remember (too many cases which all start to blur after a while). On 29 December 2004 I send my reply; now I wait.


And those are the highlights and lowpoints of the year behind me. Next year I'm going to win all my cases. Next year all my clients will be satisfied. Next year I will convince all the prosecutors to be forgiving rather than vengeful. Next year I will sway each and every single judge with my amazingly cogent arguments. Next year . . .
Author: Ken Lammers on 12/31/2004
Email ThisBlogThis!Share to TwitterShare to FacebookShare to Pinterest

Dumb question from a law student: What does it mean to get an envelope from the Bar marked "personal and confidential"?

If it makes you feel any better, I once heard that you can't really think of yourself a real attorney until you get one of those letters. Still, good luck with the outcome, it can't feel that great to get one.

Yeah, I've heard those same things said of the years. To some extent it is true. It's unlikely that a criminal defense attorney will not receive one; I think only domestic attornies get more of them.

Still, it bothers me. I had set aside time which was taken by this to do work for clients (I always use Christmas as a catch-up time) and that got eaten up. There are other reasons it bothers me but I'm not sure to what level I'm allowed to disclose so I shan't discuss much more.